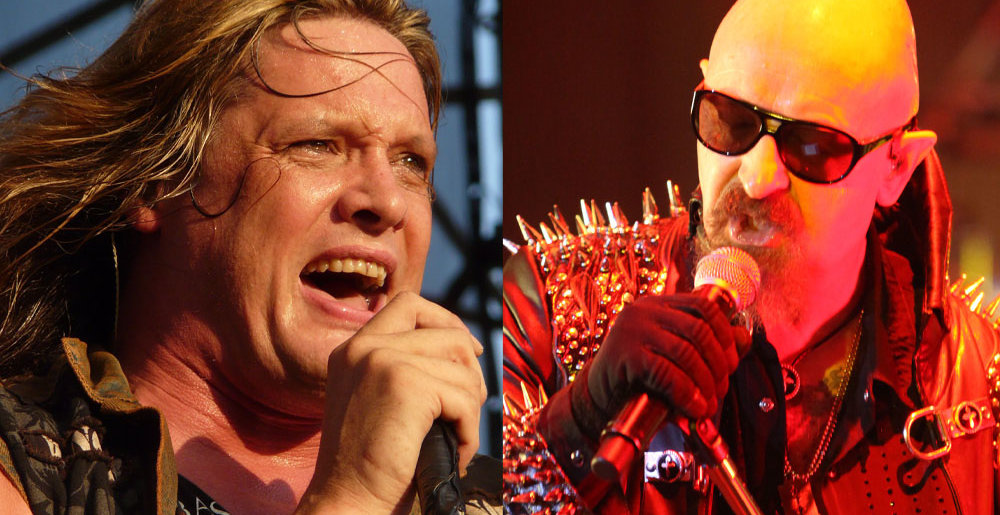 Say what you will about Sebastian Bach — you can’t argue that the guy hasn’t undergone a substantial evolution in his thinking since he was a kid.

In 1990, when Skid Row’s then-singer was 22, he came under fire for wearing a shirt that read “AIDS Kills Fags Dead” — a heartless, unfunny parody of the famous tagline for Raid roach killer.

That’s a far cry from the 52-year-old Bach of today, who recently ended an interview prematurely after the host made a homophobic joke about Judas Priest frontman Rob Halford.

Understandably, Bach got mad quickly after that, telling Oakerson:

“Dude, could you not wreck this interview? Seriously, Rob Halford is a friend of mine… so spare the comments… Maybe you should skip those kinds of comments.”

The hosts quickly pivoted, noting that Halford was booked as a guest for the following week. Bach listened for about thirty seconds, visibly displeased, before silently turning off his camera and ending the interview.

Halford was, indeed, a guest on the very same show the following week, and to the Metal God’s credit, he took the whole thing in stride, telling Oakerson and the other hosts:

“I don’t gargle, I swallow. And… I’ve always wanted to be roasted at a comic roast, so if you guys, at some point, after this pandemic is over, if you can put me in that roast chair, I would love that.”

Halford is surely used to this kind of crap by now. Still, you have to admire that he kept his cool and remained jovial. No one would have blamed him had he told Oakerson to go lie down in traffic.

This is not the first time The SDR Show has offended a notable member of the community with its homophobic “humor” — just last year, Papa Roach frontman Jacoby Shaddix was treated to an NSFW spoof of “Last Resort” that included lyrics such as “I never realized being gay was a sin/ ‘Til it was too late and the penis was in.” Shaddix, like Bach, was visibly disturbed by the “gag.”

You can watch video of Bach ending his interview, as well as Halford’s response, below.

Metal Sucks Greatest Hits
0 -
The Secret 2 a Successful Career in Music
690 -
Let’s Argue About Iron Maiden Album Art
0 -
Editorial: Your Dead Metal Heroes Were No Angels
2060 -
How Metal Nerds Choose What Bands To Like: A Scientific Model
0 -
Has Moshing Turned Into a Form of Bullying?
0 -
Verax’s Terrible “Time Wasters” is a Great Waste of Time