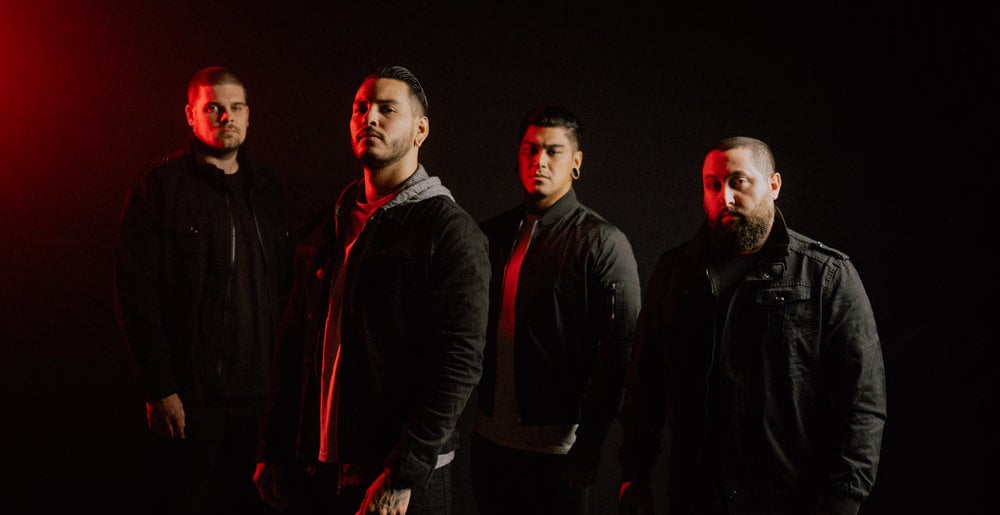 Within the Ruins Share the Crushing Title Track From Their New Album, Black Heart

Within the Ruins will release a new album, Black Heart, on November 27 via eOne / Good Fight Music. Having already debuted the album’s first single, “Deliverance,” with the world’s classiest website, the band has now unleashed the title track upon the unsuspecting masses. It is some crushing shit. The two guitar solos, at 1:46 and 3:10, are particularly rad; the first one is played over a rhythm section engaged in that always-fun “we sound like a sputtering motor now” thing, and the second one sounds like Tom Morello playing death metal. You will dig it.

Frontman Steve Tinnon, who makes his WtR recording debut on Black Heart, says this of the song:

“We’re extremely excited to release the video for the title track to our new album, Black Heart! We really enjoyed making this one and getting to tell a bit more of the story behind the music. It’s a very angry, personal song, and a lot of the tracks stem from what it’s about. It’s an important track in regards to the overall theme of the record, and we couldn’t be happier with how the video turned out!”

Check out “Black Heart” the song via the below music video, which is a droll picaresque about a heart surgeon enjoying a night out on the town.

Tags: Within the Ruins

The ‘Destroyer of Senses’ New England Style Pale Ale from Tin Bridge Brewing, founded by Within the Ruins’ Joe Cocchi.

A five-band metal livestream bill coming soon to a screen in your home!

The band’s new album, ‘Black Heart,’ came out on Friday!