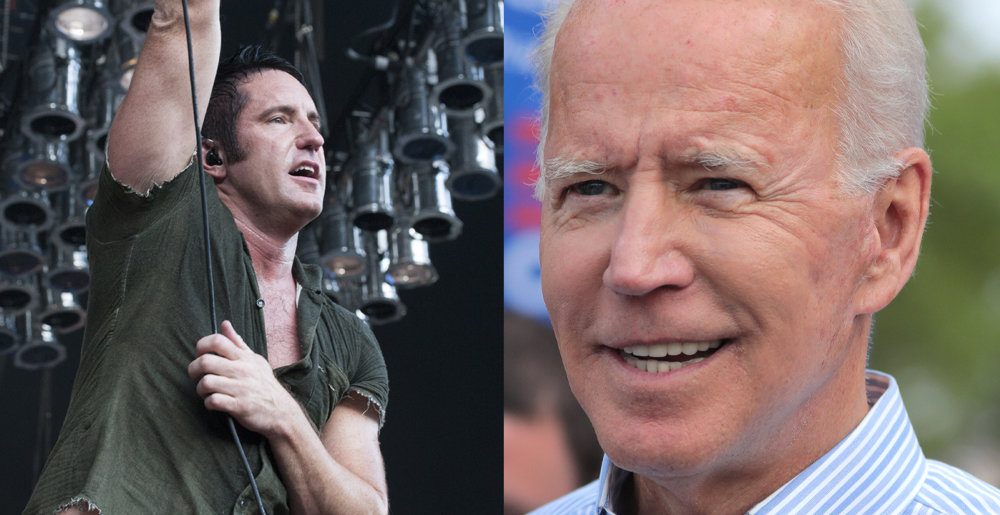 “We are gravely concerned about the future of our country (and the world) and therefore will be voting for and supporting Joe Biden and Democrats down the ticket.”

A subsequent post told fans how they could join “a phone bank, calling on those in Battleground States to show up and vote for Biden.” A final message then added:

“Voting shapes our lives & has lasting effects. This election will determine our health, rights & future. NIN have joined almost 200 artists in Planned Parenthood’s Action Fund initiative, encouraging everyone to make a plan to vote & be heard. Text PLAN to 22422 #WeNeedEveryVoice“

Other artists who have leant their names to the Planned Parenthood’s Action Fund initiative include Alex Skolnick (Testament), Baroness, Foo Fighters, Tenacious D., and Queens of the Stone Age.

The endorsement won’t shock anyone who has followed Reznor’s career at all… especially the past few years, when the NIN mastermind has called Donald Trump “a complete fucking moron,” slammed “the Taylor Swifts of the world” for refusing to speak out against Trump because they’re “concerned about their brand,” and gone out of his way to publicly provoke Ted Cruz.

Still, this election is SO important that, as we’ve said many times before, if this gets even just a few NIN fans to vote for Biden, then it will have been worth stating the obvious.

If for some reason you still don’t have a plan in place for voting, go here to get all the information you need.

A lot of awesome bands, plus a ton of wack ones.