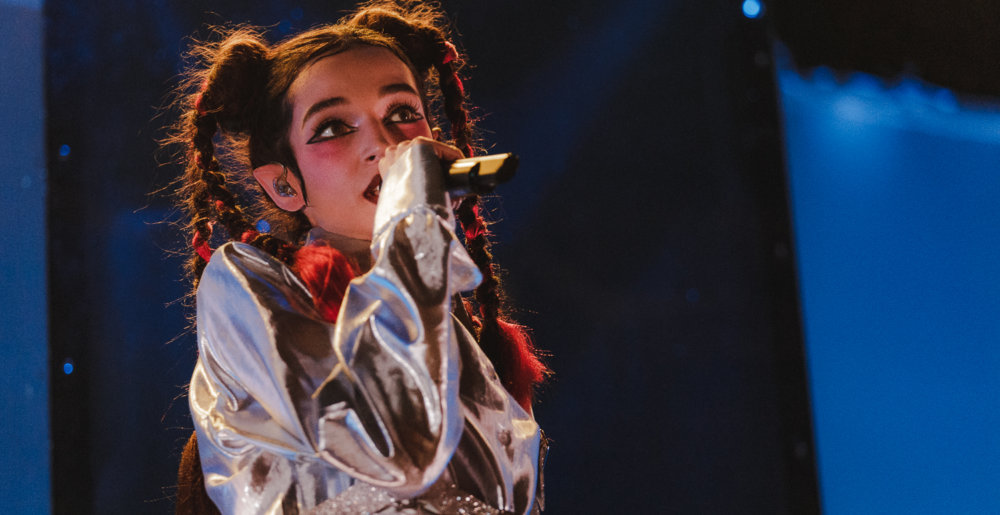 Metal/pop crossover star Poppy performed live on WWE NXT on Thursday, October 28, her third such appearance on the show in the past year. Performing her track “Scary Mask” (originally with Fever 333) from last year’s Choke EP, Poppy introduced NXT Women’s Champion Io Shirai to the ring with her performance. You can watch that below.

In other news, how friggin’ weird is it watching wrestling on TV with the audience projected onto digital screens surrounding the ring?? I’m not a wrestling fan but I happened upon one of these broadcasts while channel surfing the other day, and wow, that shit is eerie! It’s actually a really cool solution to the pandemic problem, but it’s a bit jarring at first in a “we truly live in the matrix now” kind of way.

Poppy had been scheduled for a U.S. tour with Deftones and Gojira this past summer, but that has been rescheduled to 2021. She also had a European / U.K. headline tour in the spring that was rescheduled to this fall, but that run has now been canceled entirely.