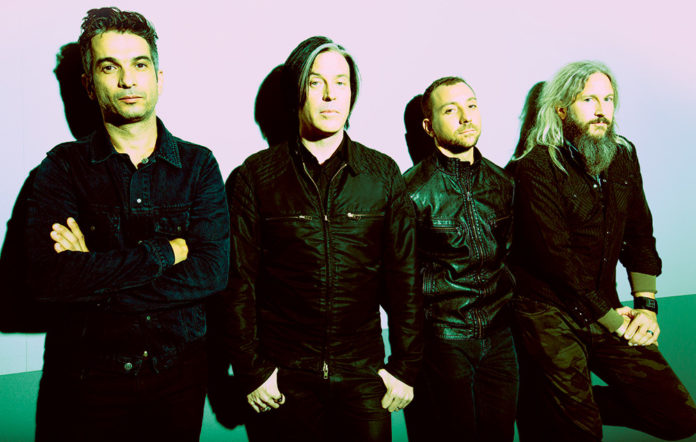 The track follows “Everything is Wonderfall” and “Sometimes I Feel,” both released earlier this year. All three have been billed as standalone singles.

Gone is Gone released a self-titled EP in 2016 and their proper full-length debut, Echolocation, in 2017. They put out a single titled “Phantom Limb” later in 2017 and another called “No One Ever Walked on Water” last December.

You can give the latest, “Breaks,” a spin below.

Tags: at the drive-in, gone is gone, Mastodon, queens of the stone age