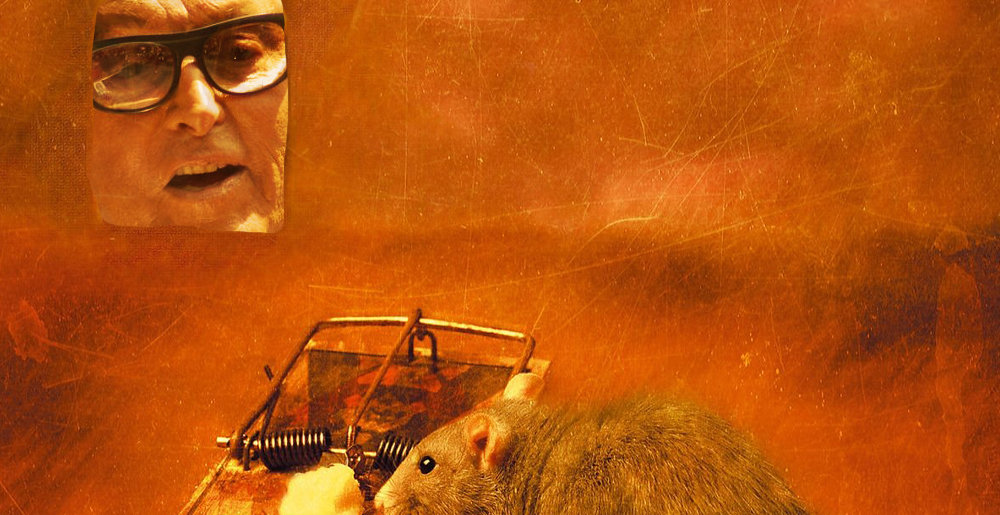 Dave Mustaine called me in 1998. “I know you’ve produced Metallica. I want you to produce Megadeth, too,” he whined. I agreed immediately. Of course I did! It was MEGADETH. They could definitely meet my quote.

I should have asked to hear the demos before I signed my contract, but it honestly didn’t occur to me that Mustaine would ever write a record this misguided. That’ll teach me.

So the demos were dog shit. I tried to talk Mustaine out of recording them. I told him I thought I might be able to sell “Wanderlust” and “Seven” to Bon Jovi, which I thought would make him happy. But you know what makes Dave Mustaine happy? Nothing makes Dave Mustaine happy. So he wouldn’t listen. “Metallica had a Load,” he pouted, folding his arms and sticking out his lower lip. “I want a Load, too.”

So we set out to make Dave Mustaine’s Load.

Junior and Jimmy were pros. They did as they were told and they nailed their parts on schedule.

But Dave didn’t make it easy. He didn’t like any of my suggestions.

I told him he didn’t need to say “The Doctor is Calling” 18,000 times in “The Doctor is Calling,” he said “Metallica say their song titles in their lyrics all the time, I want to say my song titles in my lyrics, too.” I told him kids today probably wouldn’t even know what the hell a “breadline” is, he said, “Kids today probably don’t know what ‘carpe diem’ means, either. Metallica used ‘carpe diem,’ I want to use ‘breadline.’” I told him if he released “Crush ‘Em,” fans would never let him live it down, he said, “Metallica have a song that they play at professional sporting events, I want a song that they play at professional sporting events, too.”

He insisted on using synths and vocal effects and wah pedal and all this other unnecessary mishegoss all because Metallica had done it a few years earlier.

“Metallica’s bassist was also crushed under a bus. Are you going to crush Junior under a bus?” I asked.

Dave started calling bus companies to see if any offered such a service. In his defense, I’m pretty sure if he had told Junior to go lay down and wait to be flattened, Junior would do it.

The only argument I won with Dave was to call one song “I’ll Be There” instead of “In My Darkest Hour II.” Originally, Dave said, “Metallica have ‘Unforgiven II,’ I want ‘In My Darkness Hour II.’” I reminded Dave that “Unforgiven” was a massive radio hit and “In My Darkest Hour” was not. So Dave started writing “A Tout le Monde Deux,” but luckily he didn’t finish it in time to put it on the record.

Then Marty Friedman came in. What a mensch. I wish I had a son that talented. Everything he did was magic. And he wasn’t fooling himself. He knew this album was gonna stink. “Are you sure this is a good idea, Tommy?” he asked me when we were recording “Prince of Darkness.” “Probably not,” I admitted. I never could lie to that kid.

(By the way, which I wanted to cut the first two minutes out of “Prince of Darkness” and make it the first track on the record. I don’t remember what Metallica had done to make Dave reject this suggestion.)

Dave read an interview where Lars Ulrich said he didn’t take enough risks, so he decided to call the album Risk. I said the cover should be my old wrinkly schmeckle in a mouse trap. I like to think I inspired the final outcome.

Risk came out in the summer of 1999 and I was right about everything. People hated it. Having “Crush ‘Em” in some dreky Steven Seagal sequel that was five years too late didn’t help any. Marty was so embarrassed he fled the country and never came back. It was Megadeth’s lowest-selling album since So Far, So Good… So What!.

Dave told everyone the whole record was my idea. I think he threw poor Marty under the bus, too. I was mad about it at the time, but then fourteen years later Dave called me and asked me to produce another album for the band. “I know you produced another Metallica album. I want you to produce another Megadeth album, too.” I took the gig and talked him into making Super Collider. So the way I see it, Dave and I are even now.