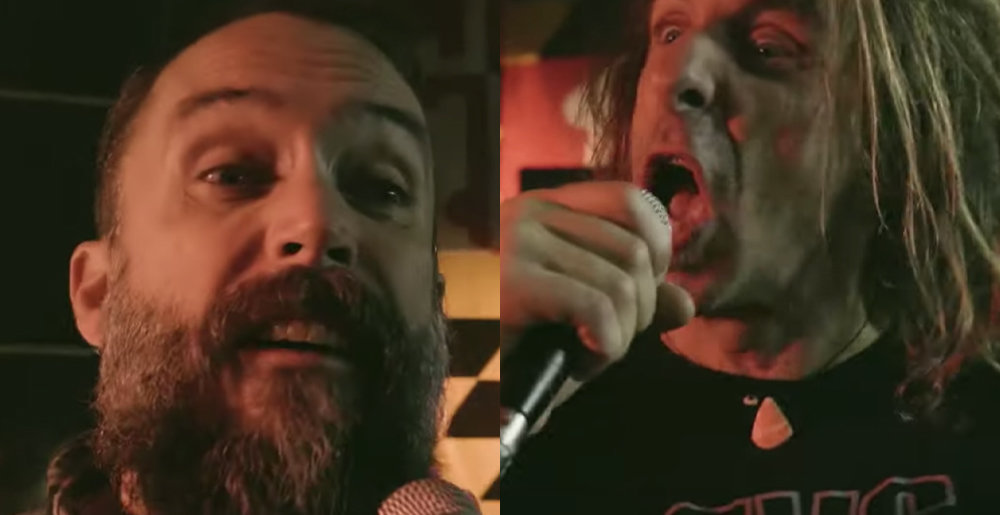 For the latest entry in their Weathermaker Vault Series — which allows the band to revisit some older, perhaps under-appreciated gems — Clutch have re-recorded “Passive Restraints,” the title track from the 1992 EP. It is perhaps the only good metal song ever recorded to include a lyric about seasoning.

To beef things up, they’ve recruited this dude Randy Blythe to handle vocals alongside frontman Neil Fallon. Blythe is normally in this band called Lamb of God. They never got much traction but they’re really cool. You should check ’em out, assuming you can actually find their music anywhere. They’re pretty underground.

You can check out the re-recorded “Passive Restraints” via the below music video, which reunites Clutch with David Brodsky (director, editor) and Allison Woest (producer, editor) of MyGoodEye.

And because I’m a nice guy, I’ll put the original version of the song below that in case you feel like comparing and contrasting.

Metal Sucks Greatest Hits
0 -
Rigged: Slipknot Percussionist Shawn “Clown” Crahan
0 -
So As it Turns Out, Banging Your Head a Bunch Can Be Bad for Your Brain
0 -
Has Moshing Turned Into a Form of Bullying?
0 -
Video: Rings of Saturn Guitarist Lucas Mann’s Criminal Abuse of Guitar Pro
0 -
The Top 25 Modern Metal Drummers: The Entire List in One Place
0 -
Which Bands are “The Big Four of Death Metal”???