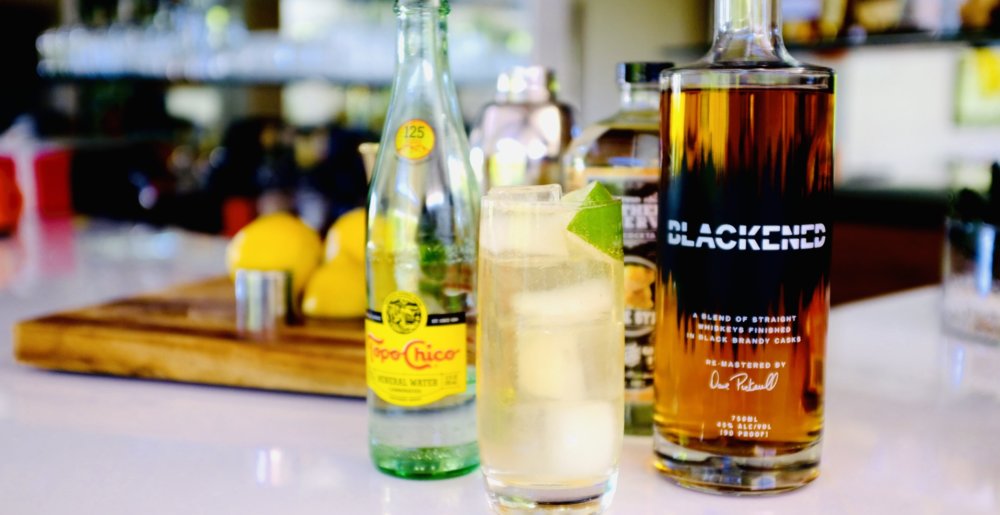 Metal Cocktail of the Week, Powered by Metallica’s Blackened Whiskey: Come and Take It Live’s “The Black Fizz”

Lucky for you, drinking is recession-proof. To that end, to help out some of our favorite metal venues and bars around the country and bring visibility to this important issue, MetalSucks and Metal Injection have teamed up to on Metal Cocktail of the Week, a series which features one cocktail each week concocted by one of the venue or bar’s resident hesher mixologists. What’s more, we’ve partnered with Metallica’s Blackened Whiskey to present the entire series, which will consist solely of delicious beverages you can make with the most metal whiskey of all.

Today’s recipe comes from Austin, TX metal destination Come and Take It Live and was concocted by resident heshologist Patrick “Yankee” Hopkins. Yankee tells us of ‘The Black Fizz,’ which is a variation of the classic Whiskey Fizz, “As anyone who’s been to more than one metal show knows, whiskey is king. ‘The Black Fizz’ allows a customer to enjoy their whiskey in a more refreshing manner, while still packing the punch most whiskey connoisseurs prefer.” As fellow metal show-goers, and lovers of refreshing beverages, say no more: we’re sold!

Add Blackened, lemon juice and simple syrup to shaker with ice. Shake well. Strain over ice and top with soda. Garnish with lime.

Check back next Monday for another Metal Cocktail of the Week Powered by Metallica’s Blackened Whiskey. Previous entries in the series so far:

Metal Sucks Greatest Hits
0 -
Watch: Bruce Dickinson Rips On Fan for Smoking Weed at Iron Maiden Show
0 -
Oderus Urungus from GWAR Reads Goodnight Moon
0 -
Nazi Imagery: Why Watain and Marduk Don’t Get a Pass While Slayer and Metallica Do
1860 -
The Top 25 Modern Metal Guitarists: The Entire List in One Place
0 -
Chris Brown Thinks Municipal Waste are a Fashion Statement
0 -
Why There Will Never Be Another Metal Band as Big as Metallica