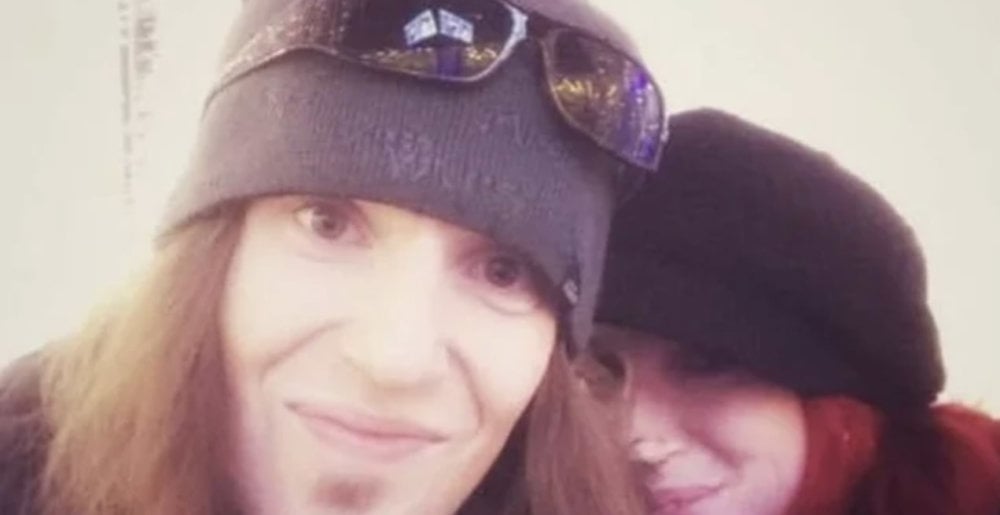 Alexi Laiho’s wife, Kelli Wright-Laiho, has broken her silence since the Children of Bodom leader’s death was announced on Monday, January 4.

“Thank you all so much for your beautiful energy and support. I’m taking time out to grieve our enormous loss with our immediate Finnish and Australian family. Understandably, as you are, we’re completely broken but wanted you to know, We love and appreciate you all so much. ????”

The Australian-born Wright-Laiho had previously offered only a brief comment on Alexi’s passing in the press release that delivered his death announcement:

“Alexi was the most loving and magnificent husband and father. Our hearts are eternally broken.”

Kimberly Goss, who was married to Laiho from 2002 – 2004 (remaining on good terms with him after they split) and played with him in the band Sinergy, issued a statement of her own yesterday:

“My first true love, my band mate and my best friend. The silver lining throughout this entire pandemic is that we were given the gift of having so much quality time together. Our marathon FaceTime calls, the endless text messages and phone calls at all hours of the day and night will stay with me forever. I am so comforted by the fact that we were able to reflect on our lives together both on and off the stage and to cherish our continued friendship that has remained in tact for all these years. Allu, my heart is both full and broken at the same time. Not many people are able to have nothing left unsaid with someone whom they had such a long, rich history with. You gave me peace and left me with zero regrets in the months and weeks before your tired body finally gave out. I thank you so very much and I’ll love you forever and always.

“You and Tommi are together again and I can hear the joy and laughter coming from the two of you, as if it were yesterday. You will always remain in the hearts of us who knew and loved you and your legacy will live on forever in the music you blessed the world with. Close your eyes my darling. You’re asleep now and finally at rest.

“I love you Allugator,
“-Kimberly (or ‘Kani’ as you affectionately called me)”

More tributes from notable metal musicians — including members of Megadeth, Lamb of God, Testament, and Arch Enemy, to name but a few — can be found here.

Laiho was 41-years-old when he passed away. Although no cause of death has been made public, a press release from Laiho’s label, Napalm Records, says that Alexi “had suffered from long-term health issues during his last years.”

Laiho and Daniel Freyberg, who played guitar alongside Laiho both in the final iteration of Children of Bodom and Laiho’s post-CoB project, Bodom After Midnight — along with Paradise Lost drummer Waltteri Väyrynen and bassist Mitja Toivonen — had been in the studio recording Bodom After Midnight’s debut album prior to Laiho’s passing. The status of those recordings is currently unknown. The band made their live debut on October 23, 2019 at Rytmikorjaamo in Seinäjoki, Finland.

Metal Legacies 0
Children of Bodom’s Final Concert Will Be Released as a Live Album
December 15th, 2022 at 3:36pm Hesher Keenan