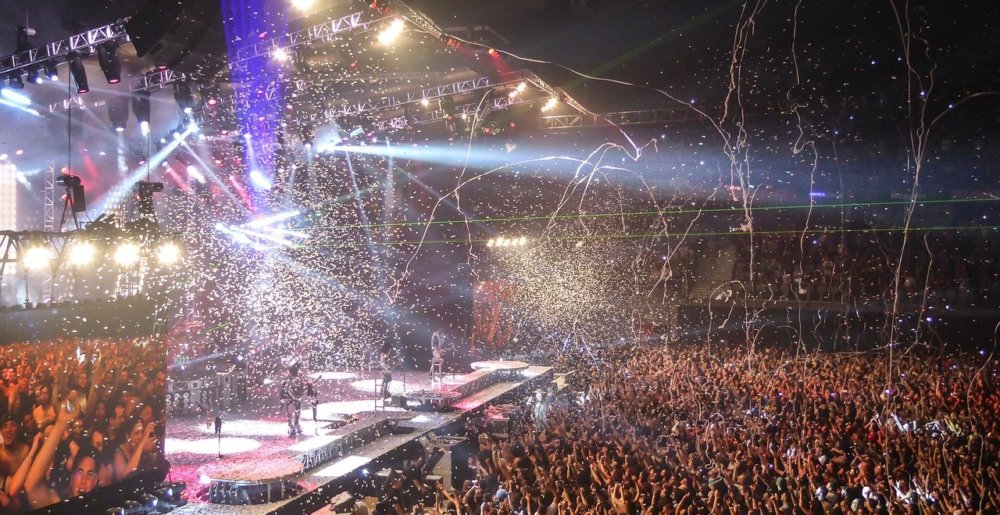 The 2021 Summer Festival Cancelations Have Begun

Nearly a year into the pandemic, it appears that we have finally — FINALLY — rounded a corner. Maybe. The vaccine is here, although its rollout, at least in the U.S., has been bungled, resulting in millions of seniors and critical workers waiting weeks longer than they were first told while doses expire and go to waste. We have a new administration in the White House who can’t possibly do a worse job than the previous one… I’d even reckon they’ll do a much better job. So at least there’s that.

What does it all mean for the future of live concerts? We’re all itching to get back. No one moreso than the bands who rely on touring as their primary source of income and the venues and their staff that host them. But us, the fans, too.

A health expert offered a dire prediction back in April that live events would return “fall 2021 at the earliest.” It was tough to believe at the time — us laypeople had no reference for how pandemics unfold, and surely if we just remain locked down can’t it happen sooner? — but it was a tough-to-swallow pill that ended up proving true (so far). Spring 2020 tours that were naïvely moved to summer or fall and then to winter 2021 were all eventually canceled. Things have only gotten worse since then: the pandemic is raging through its worst heights yet, with the United States death toll regularly topping 3,000 daily (or even 4,000!), totals unimaginable back in March and April during the first peak, which seemed extreme at the time.

From where we stand today, right now, can you imagine attending a show in March? What about April, or even May? I certainly can’t.

Vaccinations won’t be widespread enough by then to think about standing shoulder to shoulder with sweaty concertgoers in a packed indoor venue. Even if a miraculous vaccine campaign somehow accomplished that — and you and all your friends had gotten the vaccine — would you go to a show? I certainly wouldn’t.

With that in mind, now that the calendar has flipped from 2020 to 2021 and “summer” is more than just a word on a page that represents a hopeful time far, far away, the cancelations have begun to roll in.

Glastonbury, which takes place in England every June, just got axed. The organizers aren’t even attempting to reschedule the event for later in 2021, instead punting to June 2022. They’ve been down this road already. They know.

And Glastonbury, which is outdoors, won’t be the last. What of the great summer metal fests of Europe, of which there are many? Wacken, Hellfest, Brutal Assault, Summer Breeze. Hellfest is in June, too, with Faith No More, Deftones and System of a Down as headliners. It seems impossible to pull off, completely unsafe on every level imaginable — the flights, the accommodations, food vendors, social distancing, etc. They’ll pull the plug soon, I guarantee it.

The farther we look into the summer, the calculus begins to change. I draw the line at September. Will at-scale shows be able to take place by then? It’s a big maybe that hinges on vaccination roll-out and, not to be overlooked, the mental state of concertgoers. Will it feel safe? That’s almost as important as whether it actually is safe.

Based on intuition alone (so take it with a giant spoonful of salt), later in the fall feels more realistic to me. November is ten months from now. This pandemic started in earnest ten months ago, an equal amount of time. A lot could change. A lot will change, even if we don’t get all the way to where we want to be by then.

Dr. Anthony S. Fauci, the top infectious disease expert in the United States, recently suggested late fall is a possibility. But he, too, cautioned that it all depends on vaccine rollout. Between 70% and 85% of the population will need to be vaccinated, he said, resulting in an adequate level of herd immunity.

But those summer fests? Naw. Not happening. You won’t be enjoying the infinite summer days with 50,000 of your closest friends, drinking beer and swaying to the music, sleeping for two hours in a cramped tent and doing it all over again the next day. Sorry, folks, no way. Even with mass testing, which is a logistical nightmare unto itself. And the economics behind most of those fests simply do not work at a reduced capacity.

It’s gonna be another summer of isolation, or at least pseudo-isolation. Better than last summer, I’ll say that, but nowhere near “back to normal.”

I look forward to seeing you all out in person in summer 2022. Until then, stay safe, or our old pal Jon Schaffer once snapped at me, “stay free.”

A gopher burrowed his way to the surface and found himself at a Swiss open-air festival.

Events 0
New Zealand Will Host a 100,000+ Person Festival This March with No Covid Restrictions!
February 2nd, 2021 at 4:03pm Vince Neilstein

An actual festival with no Covid restrictions. Featuring 470 performances and over 1,700 artists of all kinds!

Coronavirus 0
Download Organizers Are “Continuing to Work” on This Summer’s Festival for Some Reason
January 22nd, 2021 at 1:12pm MetalSucks

They must be descended from the same guys who played music while the Titanic sunk.