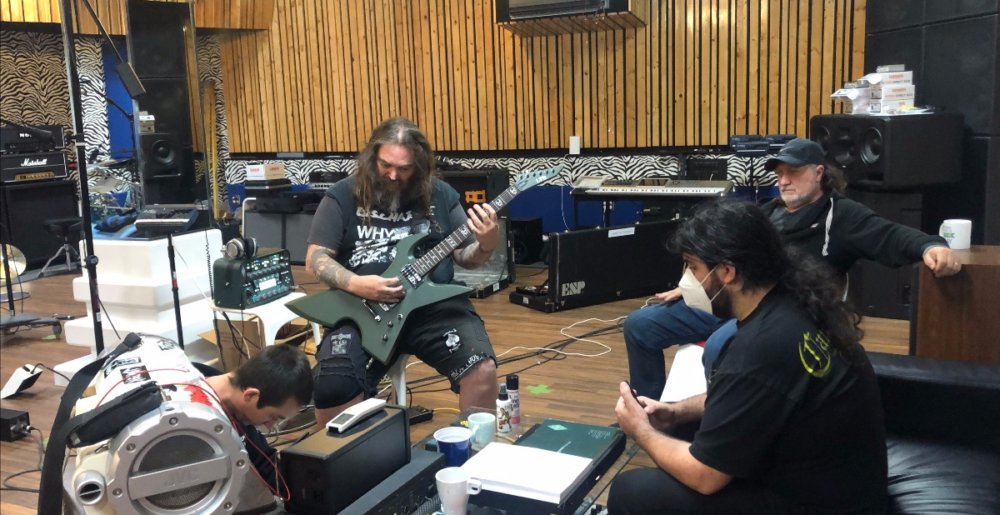 Max Cavalera’s Soulfly have entered the studio to record the follow-up to 2018’s Ritual. For the twelfth album, the band is working with producer Arthur Rizk (Cavalera Conspiracy, Power Trip, Code Orange) at Platinum Underground in Phoenix, Arizona.

“I’ve been working on this record with my son, Zyon, since June of last year. We are in the studio now with producer Arthur Rizk, creating a really wild record. Expect the unexpected! No rules, no limits, not holding anything back, just pure Soulfy!”

The as-of-yet-untitled-record is tentatively scheduled for a late 2021 release.

You can view more photos from the studio below.

Reunion Mania 0
Max Cavalera Says There Could Be an Original Soulfly Reunion
August 11th, 2022 at 11:25am Em Shadows

Metal Sucks Greatest Hits
0 -
Meet Hatebreed’s Smallest Fan
0 -
Elvira Defends Rob Zombie’s Munsters Casting: “Sheri Is Freaking Adorable as Lily Munster”
0 -
Has Moshing Turned Into a Form of Bullying?
0 -
Nazi Imagery: Why Watain and Marduk Don’t Get a Pass While Slayer and Metallica Do
0 -
BREAKING: Joey Jordison Back in Slipknot as Percussionist!
0 -
Listen to Metallica’s “Nothing Else Matters” in a Major Scale