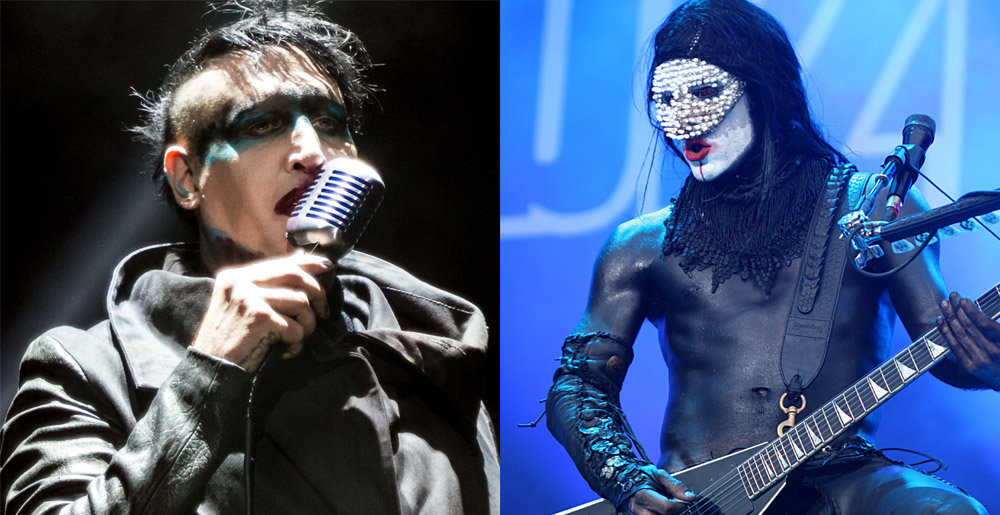 Wes Borland, best know as the guitarist for Limp Bizkit, has held a number of other gigs over the years, including a brief stint in Marilyn Manson’s band from August 2008 to May 2009.

Now, in the wake of the wave of accusations of abuse against Manson that have surfaced this week, the mercurial guitarist has chimed in with his own thoughts, voicing strong support for the victims and claiming that “every single thing that people have said about [Manson]” is true.

“Can I say something right now, real quick?

“Marilyn Manson… I was in the band for nine months. He’s not a great guy. Every single thing that people have said about him is fucking true. So relax about the allegations towards the women… like when people say [bad things about] these women that are coming after him right now… fuck off, they are speaking the truth.

“I’m sorry to everyone on this podcast right now who doesn’t like this. But that guy, he’s amazingly talented, but he’s fucked up and he needs to be put in check and he needs to get sober and he needs to come to terms with his demons. He is a bad fucking guy.

“I was there when he was with Evan Rachel Wood, I was at his house, it’s not fucking cool. That’s all I’m gonna say about it.

“If anyone is coming after these girls and going like, ‘You blah blah blah, this and that,’ fuck you, that’s all I’m gonna say.

“Sorry to take this to a dark place, but that guy is canceled, goodbye, don’t let the door hit you on the way out.”

After a brief back and forth, he continued:

“He tried to choke me out on stage and I flipped him over and knocked the breath out of him. He’s not a great guy. Goodbye.

“My apologies. I was the biggest fan and [now] I am not.”

When Borland left Manson’s band in 2009 to re-join Limp Bizkit he cited creative differences, saying “It’s the Marilyn Manson show over there.”

You can watch the segment in question starting at 52:47 in the clip below.

Monday morning (February 1), actress Evan Rachel Wood wrote a post on Instagram in which she said that Manson, her former fiancée, “horrifically abused me for years.” While she has implied in the past that Manson abused her, this was the first time she explicitly mentioned his name.

Later in the day, Wood shared the stories of three more women who all also say that Manson abused them. She also shared testimony of two of Manson’s former assistants, one of whom says she was abused by Manson, and the other who says he witnessed Manson’s abusive behavior towards others firsthand.

In a statement, Manson called the accusations “horrible distortions of reality.”

Shortly after Wood’s story broke, Manson’s label, Loma Vista, promptly dropped the singer and scrubbed their website of his likeness and merchandise. He has since been fired from acting roles on the TV shows American Gods and Creepshow, and his agency, CAA, has severed ties with him as well.

Love Bailey, a filmmaker, alleged that Manson pulled a gun on her in 2011 when she got to his house for a gig as a photoshoot stylist, reporting that an unnamed Hollywood actor who was there with him appeared to be drugged.