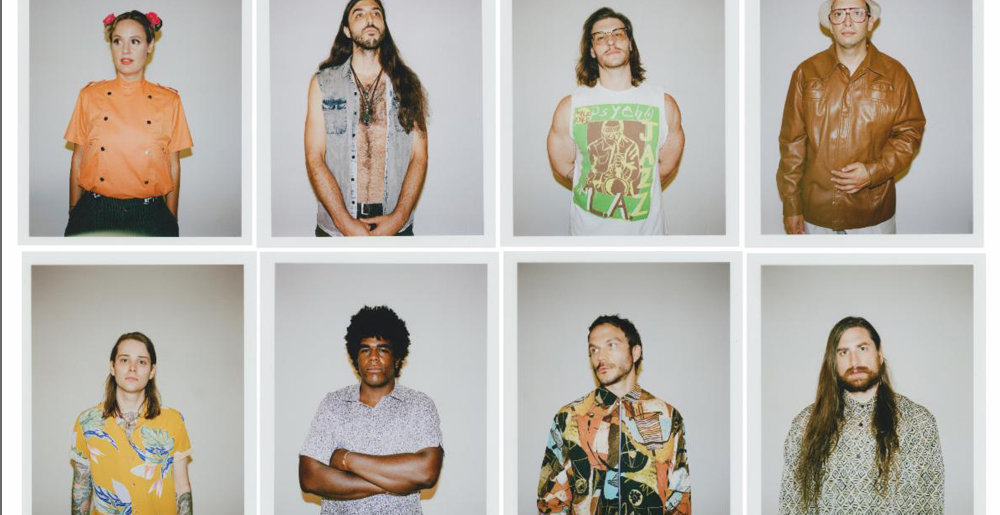 The Armed have announced that they’ll release a new album, Ultrapop, on April 16 via Sargent House. Co-produced by the band’s own Dan Greene in collaboration with Ben Chisholm (Chelsea Wolfe), and “executive produced” by Converge’s Kurt Ballou, Ultrapop will be their first release for that label.

The band has released the first single, “All Futures,” via the below live music video. The clip marks the first time the band’s member line-up have been explicitly revealed.

A studio recording of the song is also available via all DSPs.

“[C]rafting vital art means presenting the audience with new and intriguing tensions-sonically, visually, conceptually. Over time and through use, those tensions become less novel and effective-and they become expectations. The concept of ‘subgenre’ becomes almost the antithesis of vitality in art-itself a fetishization of expectation. Ultrapop seeks, in earnest, to create a truly new listener experience. It is an open rebellion against the culture of expectation in “heavy” music. It is a joyous, genderless, post-nihilist, anti-punk, razor-focused take on creating the most intense listener experience possible. It’s the harshest, most beautiful, most hideous thing we could make. “

Additionally, the band has announced European tour dates for the fall, assuming anyone is actually able to tour in the fall. You can get those at the bottom of this post.