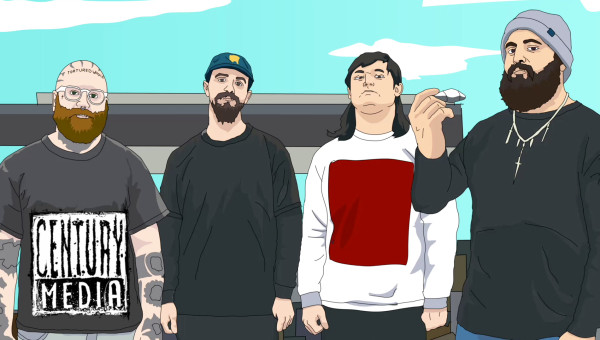 Sanguisugabogg Get Animated in NSFW “Dead as Sh*t” Video

Ohio’s notorious bloodsucking death metal outfit Sanguisugabogg get animated in the new and NSFW video for “Dead as Shit.”

Watch the visual spectacle, which offers a unique take on the state of the world while featuring the band in cartoon form, below.

“We’ve always wanted to do an animated video,” the band says. “Check it out — we are fucking cartoons. We hope you like weed.”

“Getting high as fuck and animating blood to this song was a pleasure,” says the video’s animator Hallhammer. “I hope the characters involved don’t put me on a list.”

Sanguisugabogg craft uncompromising, in-your-face, and not-for-the-weak death metal that siphons inspiration from the ’80s and ’90s traditions of acts like Cannibal Corpse, Mortician, and GWAR, as well as Dethklok.

The band previously shared the NSFW video for the new song “Menstrual Envy.”