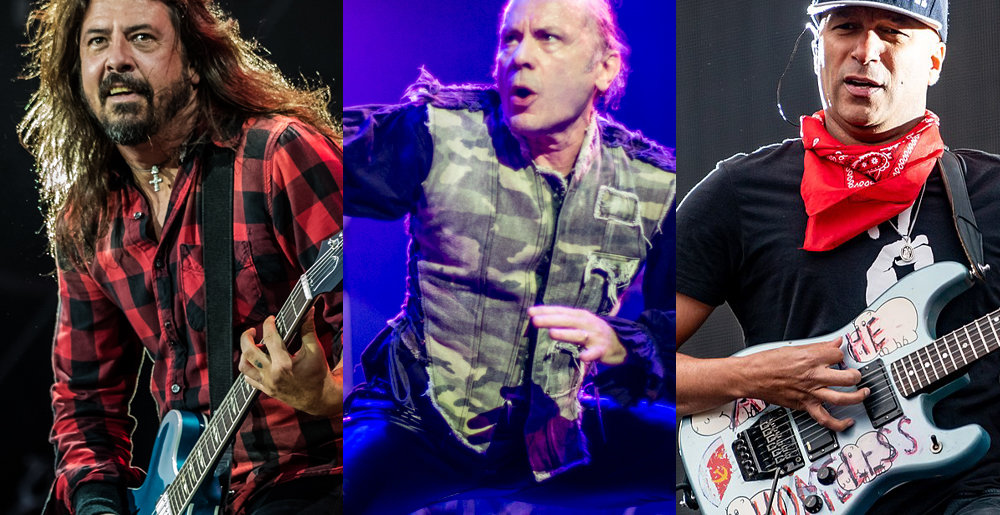 The Rock & Roll Hall of Fame has announced its nominees for the class of 2021, and three of those nominees may be of interest to fans of metal and hard rock… specifically, Iron Maiden, Rage Against the Machine, and Foo Fighters.

Also New York Dolls, depending on your tolerance for glam metal.

The five artists that receive the most votes will be inducted into this year’s class.

Assuming they’re admitted, Iron Maiden’s current line-up will be inducted along with former members Paul Di’Anno (vocals), Clive Burr (drums), and Dennis Stratton (guitar). Nobody likes the Blaze Bayley albums even a little bit so Blaze is shit out of luck. But it would be pretty interesting to see what would happen if Iron Maiden did get in, given that Di’Anno has compared Maiden bassist Steve Harris to Hitler and called Bruce Dickinson’s style of singing “gay.” I somehow don’t see these guys all getting up to perform together.

Foo Fighters’ current line-up would also be the one theoretically inducted… but without their former members, William Goldsmith (drums) and Franz Stahl (guitar), who continue their inexorable march into obscurity. Meanwhile, this would be the second of Grohl’s bands to be inducted, after Nirvana.

Fans can vote for up to five nominees a day, but each of the top five fan-vote-getters listed above only get ONE additional vote to go along with the “regular” ballots cast by whatever industry people get to weigh in. In other words, if Iron Maiden get more fan votes than any other artist, and then 500 industry votes, they’ll still only have 501 votes. In other other words, the fan vote is mostly honorary/there to fool you into believing that they care what you think.

Regardless, you can vote here… or you will be able to vote there: as of this writing, the page has been crashed by the “overwhelming” response.

All of the nominees are below. My two cents: Tina Turner is a lock. Jay-Z is a lock. Carole King’s chances are probably excellent. Rage Against the Machine and Foo Fighters each might have a shot, but if one gets in, the other won’t. New York Dolls might (extra emphasis intentional) have a shot since guitarist Sylvain Sylvain just passed away in January… but then, Chris Cornell being deceased didn’t help Soundgarden last year.

I don’t think Iron Maiden will have any more luck getting in than Judas Priest have had. But given that Dickinson has called the Hall “an utter and complete load of bollocks… run by a bunch of sanctimonious bloody Americans who wouldn’t know rock ’n’ roll if it hit them in the face,” I don’t think they’ll care.