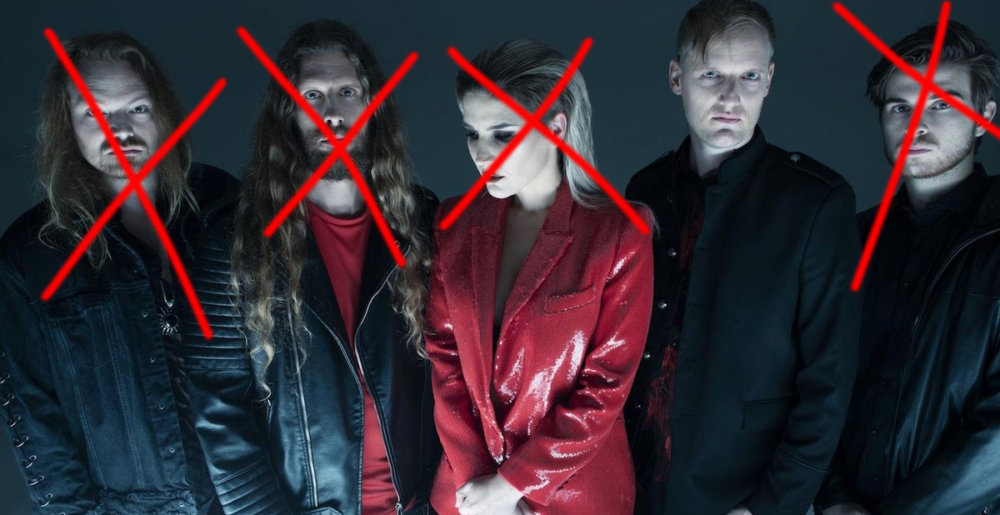 Delain, the symphonic death metal outfit from the Netherlands, is now the solo project of keyboardist Martijn Westerholt.

In a post to social media this morning, Westerholt announced that four of the band’s five members have left, including longtime vocalist Charlotte Wessels (since 2005), bassist Otto Schimmelpenninck van der Oije (since 2010) and guitarist Timo Somers (since 2011). Joey de Boer, who joined on drums in 2018, has also exited the group.

Despite the subtraction of the band’s iconic vocalist and other key collaborators, Westerholt, who was already the only original member left from the band’s 2002 formation, plans to continue operating the Delain banner as a solo outfit with guest collaborators.

Westerholt cited creative and working relationship differences as the cause for the mass exodus, saying, “some of us were no longer happy with the current roles in the band,” and adding that they all tried unsuccessfully to work things out over the past year.

I’ve never followed Delain closely, but even if it’s the case that Westerholt has always the primary creative force behind the band (I’m not sure that it is — like I said, was never really a fan), the exit of Wessels, especially, will be a tough pill for fans to swallow and could have serious implications on the success of the band going forward.

“Delain Goes Back to its Roots

“For the last year or so, the collaboration within the band ceased to work as well as it once had. Some of us were no longer happy with the current roles in the band. We all tried very hard to find a solution for over a year, but sadly we were unable to find one.

“As a result, we will all be going our own ways and pursuing our own endeavors. I am very sad our cooperation has come to end, but at the same time I am very grateful for all the years we were able to work together. Together we toured the world, shared highs and lows, and met with many successes as well as times that pushed us to learn and grow. We all enjoyed meeting our fans and making new friends all over the globe. I would like to thank my fellow bandmates and wish Timo, Otto, Joey, and especially Charlotte the very best for the future. And I hope that will mean onwards and upwards to new musical adventures for each of them!

“That being said, Delain will live on. The others have chosen to pursue different paths. I have decided to keep Delain alive by continuing on with writing and producing the music for Delain as I always have. I started Delain as a project in 2002 and for the next album I will take it back to a project form, releasing music with special guests. As it looks now many familiar faces will be returning to join me on this journey.

“I can’t express my gratitude enough to all of you Delainers that have supported us over so many years. Your dedication to the music and the community you created for us has been overwhelming. Even though this situation is not ideal, change never usually is at first, I hope you will continue to join Delain on its new journey. This is not the end of Delain. It’s the end of a chapter, but also the beginning of a new one.”

Delain were one of the many bands to fire booking agent John Finberg last September following allegations of sexual misconduct and bullying brought to light in an extensive MetalSucks report.

Delain announce new lineup and drop new song “The Quest and the Curse.”

Metal Sucks Greatest Hits
0 -
BREAKING: Some Local Band Called Shrapnel are Tired of You Leaving the Show Before Their Set
9630 -
Fred Durst: Still a Moron
0 -
Phil Anselmo on Hearing the End of Pantera’s “Hollow” for the First Time: “I Was Floored…”
0 -
Metallica Release Official Animated “Master of Puppets” Lyric Video
0 -
The Single Greatest Analysis of Nickelback’s Work Ever Written
8850 -
The 101 Rules of Nu-Metal