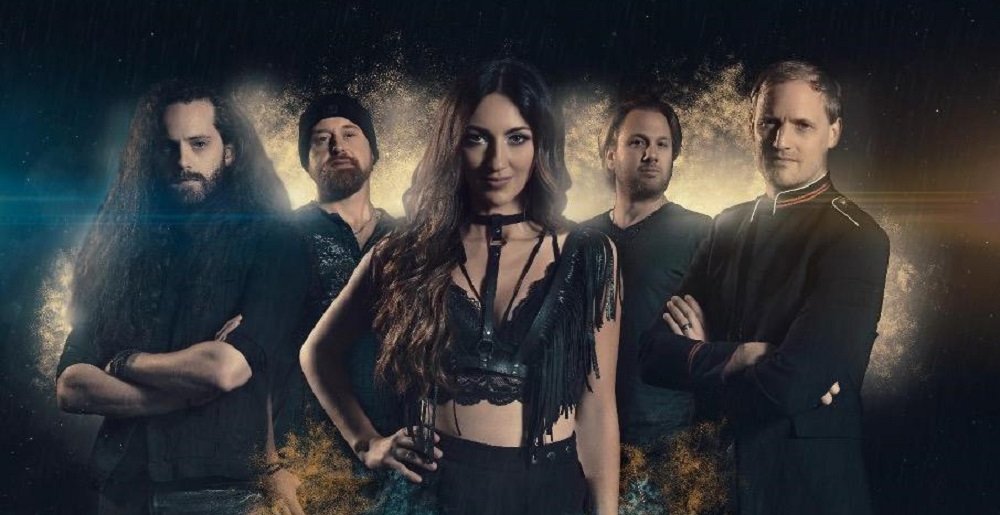 Symphonic metal mainstays Delain are just a month away from the release of their seventh studio release, Dark Waters and to continue drawing more excitement to the upcoming release, the Dutch band unveiled their latest single, “Moth to a Flame.”

Announced last year, Dark Waters will be available on February 10 via Napalm Records. This release marks what the band is calling its “next era,” while still focusing on retaining “their very unique sound that fans and critics alike love.”

As you’ll hear in the clip below, the new track has a slightly poppy feel to it, compared to the past two singles “The Quest and the Curse” and “Beneath.” Keyboardist and backing vocalist Martijn Westerholt said he was excited for people to hear this latest track, calling it a stand out track on the upcoming record.

“I’m extremely proud of this song. It’s one of the most upbeat songs on the album while also having the heaviest guitar riff, and Diana’s vocals are outstanding! It’s a killer combination that I think fans will love.”

With an eye toward the album’s release next month, Westerholt said it will have a little bit of everything from the band’s past output.

“This album captures all elements Delain is known for – our distinctive heavy guitar riffs, massive orchestral parts, both heavy metal and pop vocals, rock opera vibes along with 80s synth sounds. In short, this is definitely a recognizable Delain album that contains classic ‘Delain elements’ while also moving forward with fresh influences.”

Dark Waters will release on February 10 via Napalm Records, though you can preorder your copy — including a special wooden boxset edition — today.

Delain announce new lineup and drop new song “The Quest and the Curse.”

Worst Week Ever 0
Ozzy Hears Trick Daddy for the First Time, Three Members Quit Iced Earth, and More Stories You May Have Missed This Week
February 19th, 2021 at 5:00pm MetalSucks