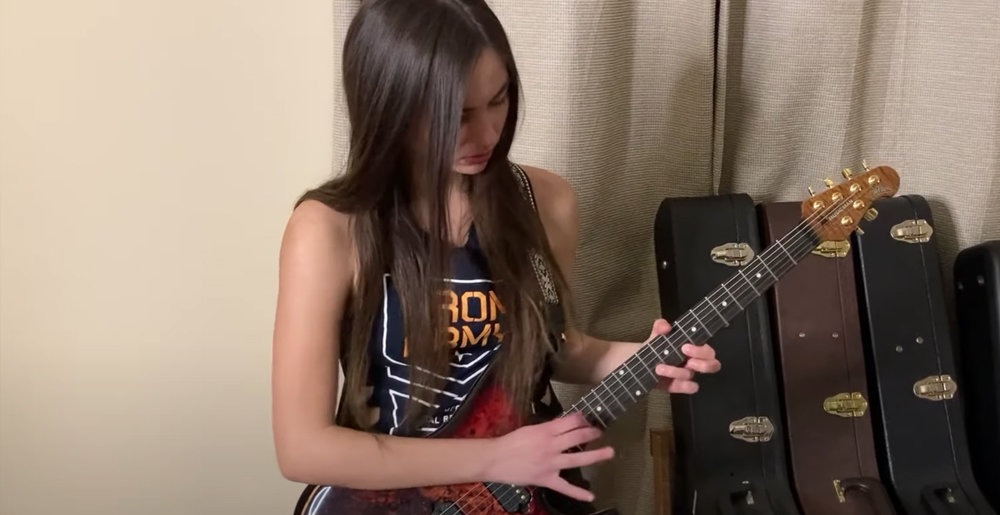 World, meets Jasmine Star. She’s 17, and great on guitar. Yes I am aware that rhymed. But that’s it. No more rhyming.

So, Ms. Star: she has a ton of excellent content for her TikTok and YouTube channels and Jasmine Jams series for California’s 95.5 KLOS. This includes both ridiculously impressive covers (including tracks by Metallica, Van Halen, Ozzy, Megadeth, and Ratt), and inarguably catchy originals…

…but my personal favorite stuff I’ve heard by her so far falls somewhere in-between: she writes what she calls “duets” with pre-existing songs… which really means she adds some killer guitar solos to tracks that don’t have any.

Specifically, she has added solos to the recent the Foo Fighters’ “Shame Shame,” from their new album Medicine at Midnight, and Greta Van Fleet’s “Heat Above,” from their forthcoming release The Battle at Garden’s Gate. Both solos are so good it kinda bums me out that there’s no studio version of these.

You can check ’em each out below, along with Star’s original song, “Tide.”