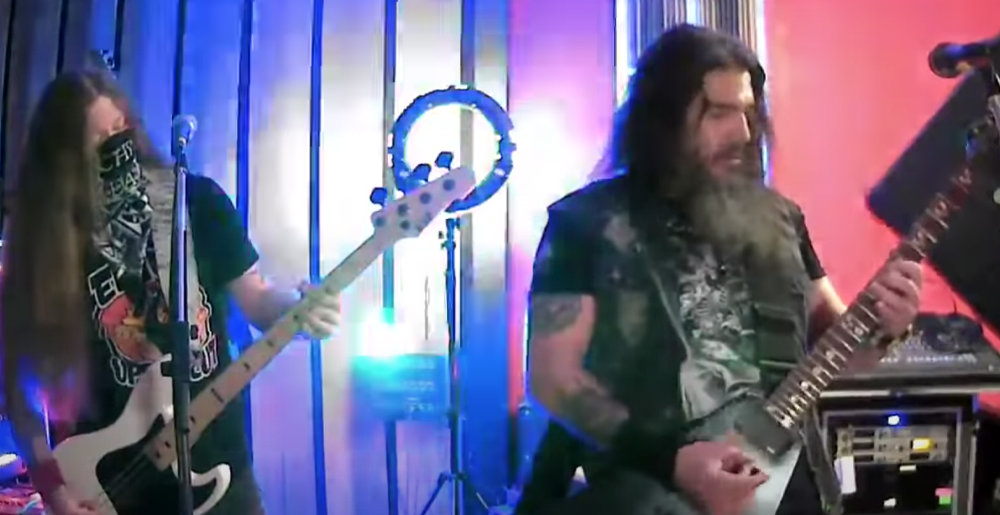 Machine Head’s Robb Flynn has been streaming a free “Acoustic Happy Hour” every Friday. But this past Friday, March 26, the weekly event became “Electric Happy Hour” as Flynn and Machine Head bassist Jared MacEacher teamed up to perform the band’s neo-classic, The Blackening.

You can view the entire performance below.

The Blackening released on March 27, 2007 via Roadrunner Records. It sold 16,000 units in its first week of release in the U.S., debuting at #54 on the Billboard 200. in the United States, The Blackening sold 16,000 units in its first week, and became Machine Head’s second highest charting release at number 54 on the Billboard 200, and charted in the Top 20 throughout many countries in the rest of the world. The Blackening has been certified silver by the BPI for sales in the UK in excess of 60,000 copies

Machine Head’s most recent single, “My Hands Are Empty,” was released this past November. The song marked the first musical collaboration between MH mastermind Robb Flynn and original Burn My Eyes guitarist Logan Mader in 24 years.

In January, Flynn penned a poem regarding the “national shame” of the seditious pro-Trump riot at the Capitol.