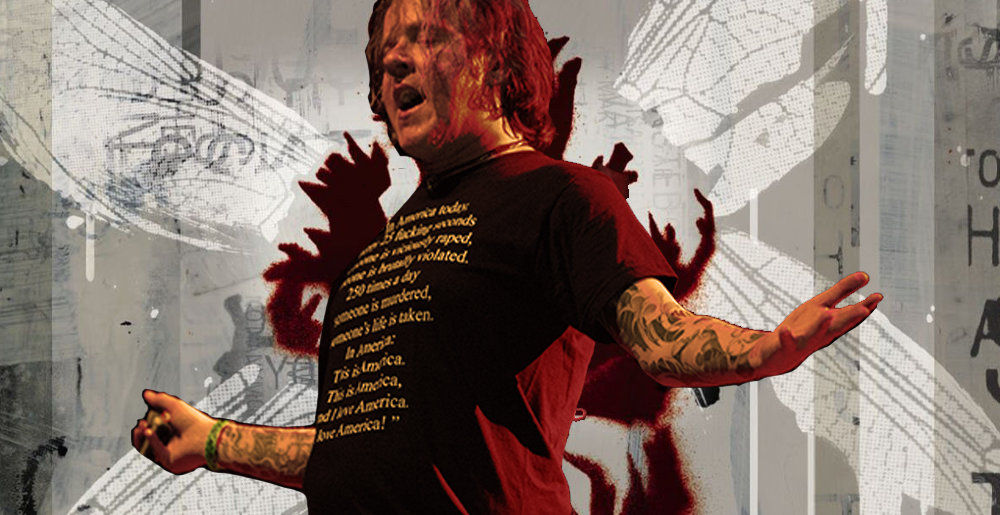 Burton Seabell has quit Fear Factory, and he says he ain’t never goin’ back. Except that sooner or later, he will go back — they always do! But for now, at least, he’s taking his departure seriously (and it appears the band is as well, ’cause they may have already hired a new singer).

So pretending for a second that Seabell will never ever ever go back to Fear Factory, he’s doing what everyone does at the end of an era — he’s looking back and evaluating, via an extensive new interview with Metal Hammer.

The interview is a real deep dive into Seabell and Fear Factory’s history, and I definitely recommend it for fans. But the part which will surely get the Internet more riled up than a priest at a Deicide concert is when Seabell takes credit for the eventual success of nu-metal staples Korn and Linkin Park.

With regards to Korn: Fear Factory recorded an album called Concrete in 1991 with a young producer named Ross Robinson. A contractual dispute prevented that album from being released for a decade, and Robinson, of course, went on to produce Korn. Seabell admits he felt “envy and a little bit of anger at the way things worked out”:

“I liked working with Ross, he was an eclectic kind of person, but he took the music that he recorded with another band and goes, ‘Listen to this, you guys could sound like this.’ And of course, that band became Korn. I did think, ‘What if we had signed Ross’ contract?’”

“Demanufacture defined my career… Demanufacture was the album that made Fear Factory Fear Factory. It was our defining moment. It gave us a sound, and it almost created a new genre. I think many people tried to copy it but never succeeded.”

Naturally, Seabell is then asked who tried to copy Demanufacture, to which he responds:

“Well, you know, Linkin Park did a watered-down version of Demanufacture.”

Then he salts the wound, saying he “wasn’t a fan” of Linkin Park’s debut album, Hybrid Theory (2000) before adding:

“I respect what they did, but to me it sounded like Demanufacture for kids.”

Yeah so about that…

I don’t enjoy the musical stylings of Fear Factory, or Korn, or Linkin Park. As someone once put it, “I respect what they did, but…”. So I have no dog in this fight. No skin in this game. No horse in this race. I’m being totally objective here:

Seabell is out of his fucking mind.

For one thing, Korn is chunky n’ hooky n’ polished with industrial super-duper-extra-strength lemon-scented Pledge, and Concrete is raw and very much rooted in Dino Cazares’ death metal background and Godflesh-worship. There is no world in which Concrete comes out in 1991 and Fear Factory find Korn-sized success. This is because there is no radio single on Concrete. Sorry to be so mercenary, but it’s true. Do you think there’s any reality in which Charlie’s fucking Angels opens with “Soulwomb” instead of “Blind”? You’re dreaming.

As for Hybrid Theory, I mean… it has electronic elements over heavy music the way Demanufacture does. So did albums that pre-date Demanufacture by bands like Ministry and Nine Inch Nails and, again, Godflesh (top name but a few of the most obvious examples). Any one of those bands could claim they influenced Linkin Park, and they’d probably be right to some extent. I just don’t really hear any overt Demanufacture-aping in it. I’d be faster to agree with an argument that Hybrid Theory sounds like Skinny Puppy for jocks than I am with the argument that it sounds like Demanufacture for kids.

That is, of course, just my two cents.

Read the entire interview here. Try and fail to prove me wrong in the comments section.