Metal Sucks
Metal Sucks Burton Seabell is Not Interested in Working with Former... Poll: For Which 2021 Metal Album Are You Most Excited?
- Tweet SHARE
Enlarge
Everyone's Replaceable 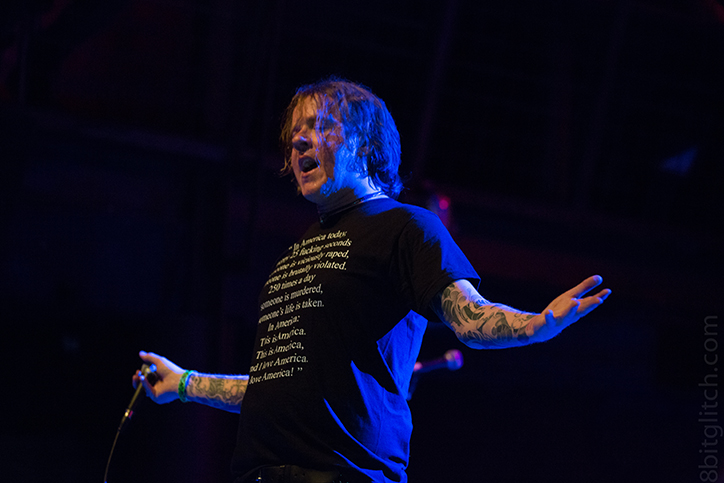 Burton Seabell is Not Interested in Working with Former Fear Factory Bandmates: “When I Move On, I Move On”

It’s been quiet on the Fear Factory front since the band dominated metal headlines this past fall with the events surrounding vocalist Burton Seabell’s departure from the group. But Burton has now resurfaced in a new interview to reiterate that yup, really, he’s done with Fear Factory forever, sorry folks.

A quick recap: Fear Factory guitarist Dino Cazares launched a crowd-funding campaign in September to put some finishing touches on the band’s next album — which was initially recorded in 2017 with Seabell’s vocals on it — but Burton called the fundraising effort a “scam,” distancing himself from it before eventually quitting the band. Burton then issued a longer statement on his decision to leave, and Cazares put out a statement of his own that left the door open for Burton to rejoin while also calling out Burton’s “lies, the negativity and the blame.” Burton then seemingly shut that door, saying “I’m done,” and it later came out that Cazares had previously acquired 100% of the rights to use the Fear Factory name in a years-long court battle.

In a new chat with The Razor’s Edge, Seabell has made it clear that he is, in fact, truly done with Fear Factory, preferring to focus his attention on his other band, Ascension of the Watchers — who released an album, Apocrypha, in October — and additional creative endeavors. When asked if he would ever revisit working with any of his former bandmates in Fear Factory, he replied:

“No, no, no. It’s like going back to an ex-girlfriend. The thought of it for a second might be good, but once you get there, you regret it. People move on for a reason, and when I move on, I move on.

As someone who has too often not only entertained but followed through on reuniting with exes, I totally get it… the analogy could not be any more apt, even if metal history is littered with examples of reunions actually working out. To that end, never say never; I’d reckon the parties involved might reconsider their positions years down the road if and when neither Fear Factory sans-Burton or Burton sans-Fear Factory are working out very well.

Metal Sucks Greatest Hits
0 -
Paul Di’Anno: Still a Winner
0 -
Taking Risks
0 -
Editorial: True Loyalty Means Admitting When Your Favorite Bands Suck
0 -
Viral Drummer Nandi Bushell Pays Tribute to Taylor Hawkins: “Thank You for Looking After Me”
250 -
Worst Year Ever: All of Our 2011 Year-End Sh*t in One Place
0 -
Converse Rubber Tracks x MetalSucks: Everything All in One Place