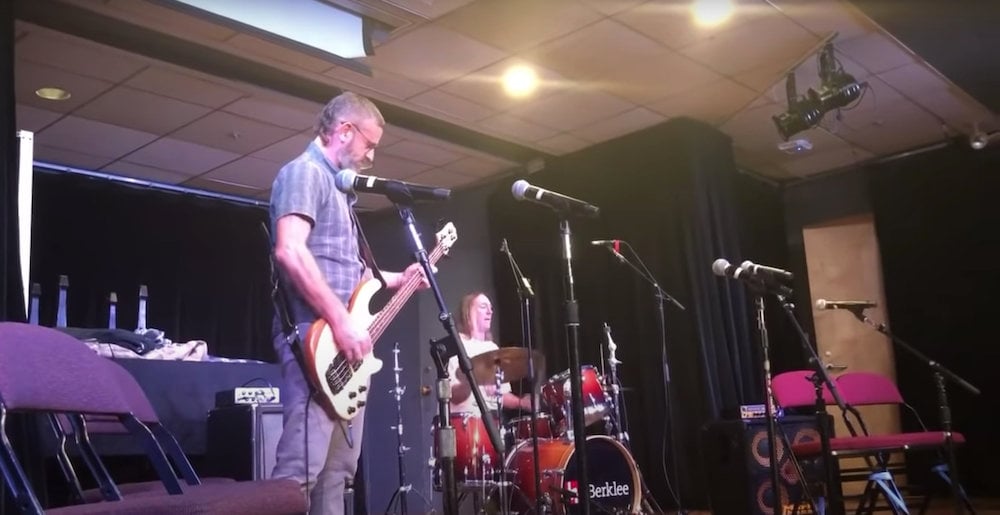 In November of 2019, Berklee College of Music students were forced to sit through what was presumably the most boring class of their lives when Tool members Danny Carey (drums) and Justin Chancellor (bass) showed up and played a bare bones version of “Ænema,” the kinda-sorta title track from 1996’s Ænima. You can practically hear all the students’ thinking “Ugh, you mean we have to watch two of the best musicians in modern rock while they offer a unique, once-in-a-lifetime demonstration of their work? Do the assholes who run this school think we’re here to learn or something???”

Somehow, those students endured the whole experience, and now you can, too: Maynard James Keenan wasn’t there, so someone was allowed to bring a camera to the performance. The video originally appeared on the Wal Bass Collective Instagram page before finding its way onto YouTube; both versions are below, in case you prefer one format or the other.

Last year, Carey said he was hoping Tool could “knock out” an EP during the quarantine. But the quarantine is winding down and that doesn’t seem to have happened, which is too bad. But at least Lordi used the time to make seven new albums, right?

Metal Sucks Greatest Hits
0 -
Listen to Metallica’s “Nothing Else Matters” in a Major Scale
0 -
Heavy Metal Drinking Games
0 -
Hallowed Be Thy Game: Brütal Legend is a Love Letter to Heavy Metal
1480 -
Being in a Band is for Losers [Scientific Proof]
0 -
Meet Hatebreed’s Smallest Fan
540 -
Glenn Danzig Shops for His Own Kitty Litter