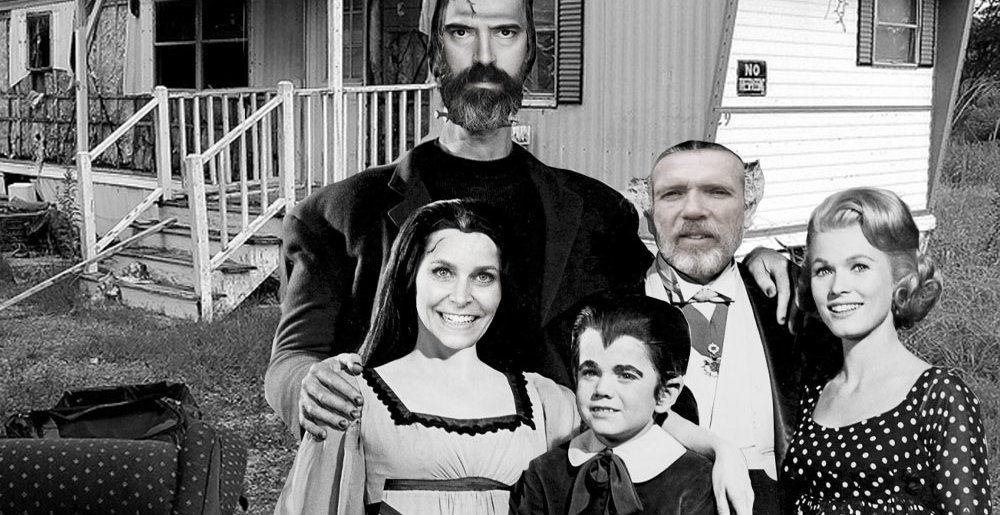 Rob Zombie is Rebooting The Munsters, Possibly as a Peacock Exclusive

Seriously. Not a joke. Rob Zombie wanted to make a Blobless The Blob. I mean…

Zombie’s The No-Blob-Blob never came to pass, but now he’s reportedly set his sights on rebooting The Munsters, the 1960s sitcom about a family of monsters living in the suburbs that wasn’t The Addams Family (which actually pre-dates The Munsters, since it’s based on a comic from the 30s… but I digress). Zombie is apparently a massive Munsters admirer; as of 2010, he’d allegedly already seen every episode at least seventeen times. Still, it’s a Rob Zombie movie all the way (he wrote the script in addition to directing, as per usual), so I assume the Munster family will now be white trash, there will be no jokes allowed, and Eddie Munster will now be an alien instead of a werewolf.

In fact, if the casting reports are accurate, Zombie is already off to an iffy start: Jeff Daniel Phillips, who has had a role in every Zombie flick since Halloween II, has been cast as Herman Munster, while Zombie’s wife, Sheri Moon Zombie, is going to play Lily Munster, because of course she is. Two other regular Zombie players, Richard Brake and Dan Roebuck, will also be in the movie, in unspecified roles, as will Lost‘s Jorge Garcia and Cassandra Peterson, a.k.a. Elvira, Mistress of the Dark.

It’s like Universal said “Well, Tim Burton and Johnny Depp aren’t available, so let’s get the budget version of them.”

ANYWAY, Bloody Disgusting is now reporting an unconfirmed rumor that Zombie’s Munsters will be released day-and-date (i.e. on the same day) in theaters and via Peacock, NBCUniversal’s streaming platform. So basically the same thing AT&T/Warner Media have been doing with recent releases like Godzilla vs. Kong and Mortal Kombat. Disney+ also did it with the last two Pixar movies, and have offered some other theatrical releases, such as Mulan and the upcoming Black Widow, for a $30 fee… but I don’t see people paying an extra thirty bucks to watch a Munsters movie starring ten people they’ve never heard of where Grandpa Munster is an alcoholic strip club owner.

Bloody Disgusting also puts the budget somewhere in the $30-40 million range. Assuming that’s the case, it will be Zombie’s largest-budgeted movie to date, following the Halloweens, which reportedly cost $15,000,000 each.

Metal Sucks Greatest Hits
0 -
David Hasselhoff’s “True Survivor” Music Video Just Broke the Internet
0 -
Will People Please Shut Up About the “Fake Amps on Stage” Debate?
0 -
Let’s Gossip About How Much Money Famous Metal Vocalists Make
0 -
Worst Year Ever: All of Our 2012 Year-End Sh*t in One Place
0 -
Twenty Photos of Mitch Lucker’s Last Days, Taken From His Instagram Account
1860 -
The Top 25 Modern Metal Guitarists: The Entire List in One Place