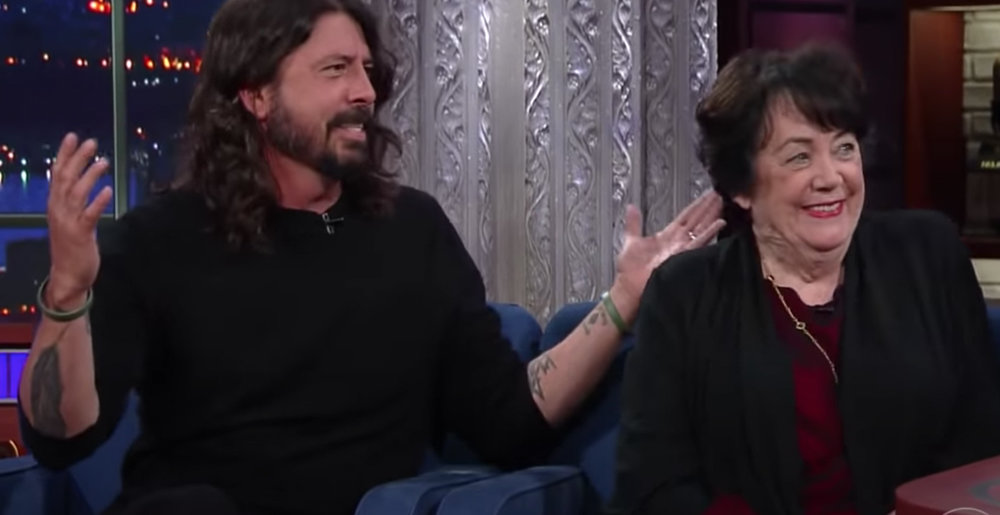 The series is inspired by Virginia’s book, Cradle to Stage: Stories from the Mothers Who Rocked and Raised Rock Stars, and while find the Grohl speaking with various famous musicians and their mothers.

Says Grohl of the show:

“I believe that the relationship between a musician and their mother is so important because it’s the foundation of their understanding of love, which is surely every artist’s greatest muse. Having the opportunity to travel the country and tell the stories of these amazing women behind the curtain not only shed some light on the music that they inspired, but also made me appreciate the love that I was given from my own mother, my best friend. It goes without saying that we are all indebted to the women who have given us life. For without them, there would be no music.”

You can watch the trailer below.

The series itself is set to debut on Thursday, May 6, right before Mother’s Day, natch.

Metal Sucks Greatest Hits
0 -
It’s Official: There is Too Much Slayer Merchandise
1510 -
The Top 15 Reasons that Metallica are the Yankees of Metal
0 -
What Will Happen When a Member of Metallica Dies?
0 -
BREAKING: Ex-Suffokate Vocalist Ricky Hoover Successfully Undergoes Earlobe Reconstructive Surgery
1840 -
The Final Word on Metal Drumming
0 -
Editorial: Your Dead Metal Heroes Were No Angels