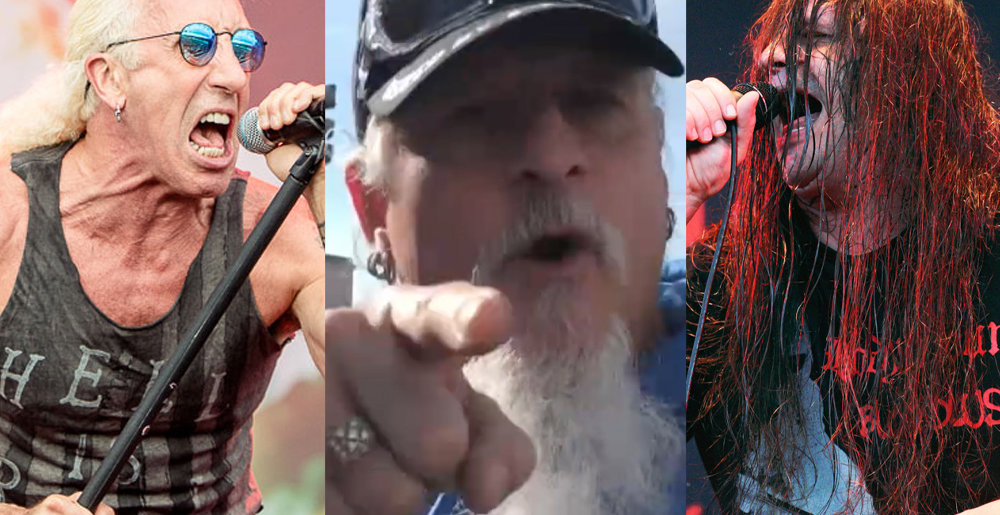 Dee Snider Calls Jon Schaffer a “Piece of Shit” and a “Rat,” While Corpsegrinder Wonders “Dude What Are You Thinking?”

Remembe when Vince interviewed Jon Schaffer last summer, and at the end of the interview Vince said “Stay safe” and Schaffer replied “I’ll stay free”? At the time, that exchange seemed pretty funny; now it seems funny and sad.

Because the Iced Earth guitarist, of course, went on to participate in the in the seditious riot at the Capitol on January 6; has consequently been in for the past three months; plead guilty to charges of “Obstruction of an Official Proceeding” and “Entering and Remaining in a Restricted Building or Grounds with a Deadly or Dangerous Weapon” last week; and is reportedly rolling over on some of his fellow rioters in exchange for a reduced sentence, since the maximum penalties for these charges are so hefty that if he’s prosecuted, the 55-year-old could end up dying in prison. Schaffer, very literally, stayed neither safe nor free; Vince might as well have ended the call by saying “Stay completely fucked.”

And while Schaffer’s actions have made him a hero to Twitter users with tens of followers, they don’t seem to have endeared him to large swaths of the metal community. Last month, Danko Jones, frontman for the band of the same name, called Schaffer “a white nationalist piece of dog dung;” now Twisted Sister’s Dee Snider and Cannibal Corpse’s George “Corpsegrinder” Fisher have weighed in, and while Fisher’s assessment is somewhat more kind than Jones’, Snider’s sure ain’t.

The Twisted Sister singer and reality show star is, in fact, doubly disappointed in Schaffer’s actions — because Schaffer participated in the riot in the first place, and because it now appears that he’s trying to save his own neck by throwing others under the bus.

The PRP reports that Snider tweeted the following about Schaffer yesterday (April 18):

“THIS PIECE OF SHIT IS AN EMBARRASSMENT TO THE METAL COMMUNITY! First he shames us with his terrorist actions on in DC, and THEN he becomes a rat to his own people for a lighter sentence! MAN THE FUCK UP! Own your shit! If you do the crime, do the time!”

I have no idea what the Oathkeepers’ policy is re: snitches getting stitches, but Snider is right — becoming a stool pigeon for the Feds isn’t a great look for a guy who has built his entire brand on “Don’t Tread On Me”/”Might Makes Right”-style patriotism.

Meanwhile, Metal Hammer recently asked Corpsegrinder about the below meme comparing him to Schaffer…

“I think my wife saw it first and she showed it to me. I was like, well that’s good, I’m glad some people think that highly of me. I think it’s justified at least on the basis that I would not be doing anything like that. But listen, I’m not trying to judge him.”

Despite being too nice to say anything at Schaffer’s expense, Mr. Grinder did emphasize that we won’t ever see a photo of him violently storming a government building:

“At first, when all that happened, I was just like, ‘Wow, dude what are you thinking?’ I understand if you think some things are not right in the country, but I would never go that extreme.”

While we wait for that to reach our ears, Cannibal Corpse released a most excellent new album, Violence Unimagined, this past Friday (April 16) on Metal Blade. Get it here. Corpsegrinder was also a recent guest on The MetalSucks Podcast! Listen here.