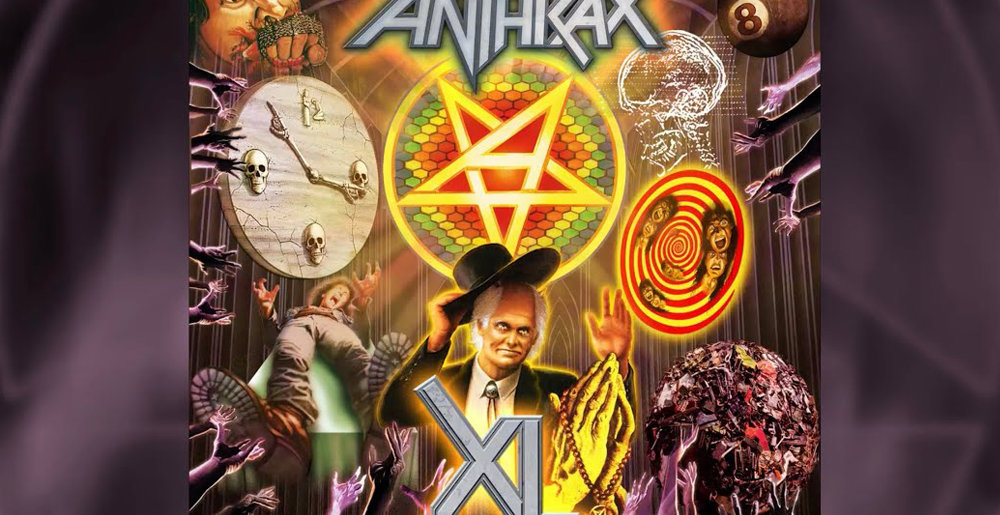 Anthrax drummer Charlie Benante recently promised fans that the band was planning “something big” for their 40th anniversary this year, and now we know what that something big is:

“Each week beginning May 3, on Mondays, Wednesdays, and Fridays, and wrapping on the band’s official founding anniversary of July 18, Anthrax’s social media accounts will offer ‘Anthrax 40 for 40,’ a series of video testimonials that features former band members, fellow musicians, colleagues, and industry veterans sharing behind-the-scenes stories of working with the band, and what Anthrax’s legacy has meant all these years on. These videos will honor each album in chronological order beginning with the original release, Fistful of Metal.”

After the series ends on July 18, the band will livestream a career-spanning performance.

It also appears that Anthrax got most, if not all, of their former members to participate . That’s not so surprising in the cases of Dan Lilker, Dan Spitz, and John Bush, all of whom reportedly remain on good terms with the band… but it’s kind of shocking in the case of Neil Turbin, of whom I get the impression the band (or at least Scott Ian) is not fond. I didn’t spot Paul Crook, Rob Caggiano, or Dan Nelson in there, but Nelson probably wasn’t invited to participate, and I think I’m one of about ten people who remembers when Paul Crook was in Anthrax. Maybe Caggiano went by too quickly for me to notice, or just isn’t included in the trailer for some reason (come to think of it, I don’t think I saw current ‘Thrax guitarist Jon Donais in there, either).

You can watch the trailer below. Details for the July 18 livestream will be announced shortly. Here’s the schedule of when the video pertaining to each of the band’s albums will be released:

Metal Sucks Greatest Hits
690 -
Let’s Argue About Iron Maiden Album Art
0 -
The Best Metal Albums of 2013, As Chosen by Metal Musicians Themselves — Part I: Machine Head’s Robb Flynn
0 -
G.O.A.T. and Your M.O.M.’s “Quack like a Duck” Justifies Humanity’s Entire Existence
1210 -
MetalSucks Exclusive: Behemoth Frontman Nergal’s First Interview Since Being Diagnosed with Leukemia
540 -
Worst Year Ever: All of Our 2010 Year-End Sh*t in One Place
0 -
Who are teh “BIG FOUR SCENE BANDS”????