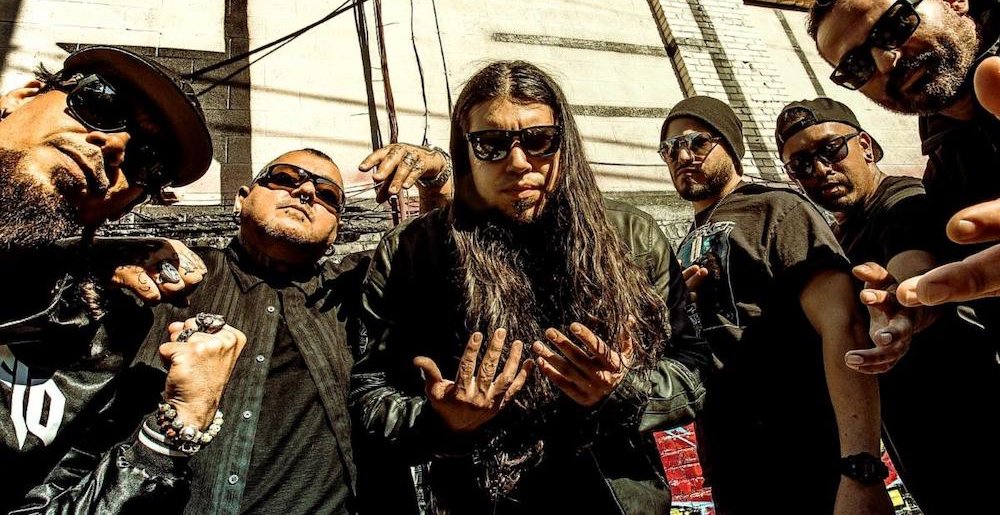 The message behind Ill Niño’s new music video, “All or Nothing,” is basically “Be nice to refugees and don’t keep kids in cages,” which is a message I certainly support.

So I’m loathe to point out that the song sucks. Like, they added a guest spot by Sonny Sandoval from P.O.D. to make extra-sure that sucked. They needn’t have bothered, ’cause the song would sucked regardless, but it’s nice they went the extra mile for maximum suckage.

I mean, maybe you won’t think the song sucks. Do you like Ill Niño’s song “This Time’s for Real”? You’ll probably like this then.

Says Sandoval of the track:

“Like P.O.D., Ill Niño have always incorporated their culture, roots and heritage into their music and sound, which have set them apart in this metal scene for over two decades. It was my honor and privilege to have contributed to this record. After knowing them for 20 years now, I don’t know why we didn’t do this sooner.”

“‘All or Nothing’ was written as a challenge to myself. I knew the moment I joined Ill Niño I would face negativity, scrutiny and possibly ridicule. It caused me to question myself, and even question if I was good enough to embrace this opportunity. I challenged myself as I’m challenging all of you, what would you do if the opportunity of a lifetime was within your grasp? I chose to go ‘All or Nothing.’ I wanna thank one of my heroes, Sonny Sandoval of P.O.D. for lending his freshness to this track and being a constant inspiration.”

You can check out the song and video below. The track will appear on Ill Niño’s new album, IllMortals, which is slated for release this fall via Break Silence Music.

“All or Nothing” is Ill Niño’s second single (after last year’s “Máscara”) since the band reached a settlement over their lawsuit with three former members: singer Cristian Machado and guitarists Ahrue Luster and Diego Verduzco. This nu-Niño includes Dave Chavarri (drums), Lazaro Pina (bass), and Daniel Couto (percussion) along with with new singer Leal (Shattered Sun) and new guitarists Jes Dehoyos (Sons of Texas) and Sal Dominguez (ex-Upon a Burning Body).

Ill Niño have some Texas-area tour dates lined up for the summer, plus some festival dates in November. For the Texas shows, support will come from Upon a Burning Body (El Paso only), King 810, Incite, Evolution Empire and Born in Blood. Christ, that sounds awful. Here are the dates:

He’d been kicked out of the venue and wanted revenge on the security guard.

The album that spawned the hits “Alive,” “Youth of the Nation” and the title track.