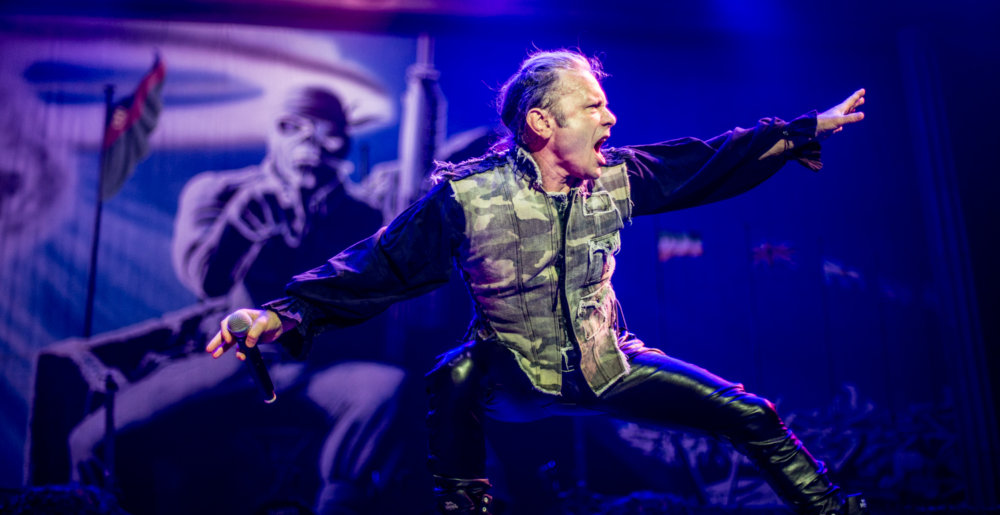 Following Iron Maiden frontman Bruce Dickinson’s support of Brexit a few years back, you might’ve wondered whether he’d gone kooky as he’s aged, veering into conservative, out-of-touch old man territory like so many of his peers. Thankfully, though, Dickinson sorta took that stance back recently, and now he’s come out on the right of the Covid-19 safety debate, thereby restoring our faith in one of metal’s true treasures.

Speaking to Yahoo! Music, Dickinson responded to a check-in on his health following his recent Covid-19 diagnosis (he was vaccinated). He explained that he’s doing quite well, saying:

“[I am] absolutely fine. … My belief is — and I stress, it’s a belief — that this proves that I would have been more sick if I’ve not taken the vaccine. … I mean, I had both jabs. Everybody I know has had both jabs. And I’m quite happy about it. You know, none of us have started growing extra heads, suddenly wanting sidle up to 5G phones, or expressed a willingness to go down on Bill Gates. So, all of these things, I think it’s largely a myth!”

Adding that he finds it “incredible that some people are still resistant [to vaccines]” and saying “he genuinely [does] not understand” anti-masking, he opined about those people opposed to both, continuing:

“I think they believe [conspiracy theories] because of their psychological makeup. They have a need to believe in these things. It’s the same as people that are going to sit on top of a mountain every year and wait for the world to end. And the world doesn’t end, but do they modify their beliefs? Actually, no. It strengthens them: ‘Yep, we were right all along. It is definitely going to end, just not this year. The rest of the world is against us!’ And that’s the way that some people think. It’s their mentality, and you’re probably not going to change that. But for the rest of us I would say, just get vaccinated. And if you do get sick, you won’t get that sick. It’ll just be like a mild case of the flu.”

Bruce then likened Covid-19 vaccine skeptics to people he encountered after his 2015 cancer diagnosis who encouraged him not to pursue the recommended course of traditional cancer treatments:

“When [doubters] found out that I was having chemo and radiotherapy, they went, ‘Oh my God, you’re not doing that!’ Um, what do you think I should do? Eat more cabbage? That’s going to get rid of it? So, yeah, medical technology worked really well for me.”

Iron Maiden’s new album Senjutsu will arrive on September 3. Listen to the singles “The Writing on the Wall” and “Stratego,” and then pre-order the album here.