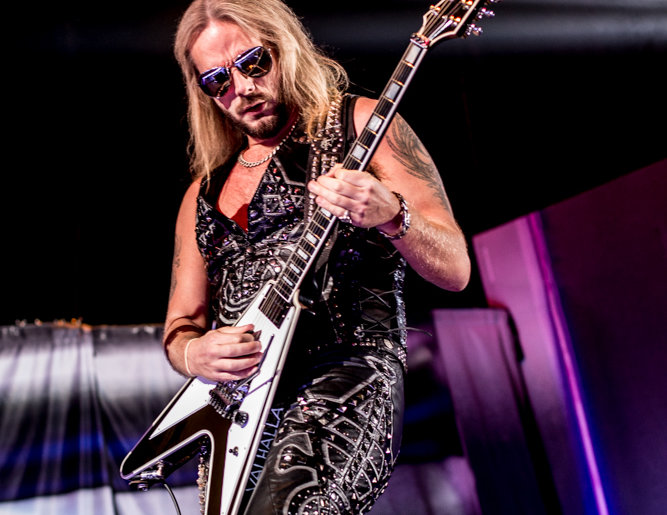 Demon Hunter’s next album will be called Exile and is slated for release at some point in 2022.

Faulkner underwent ten hours of open heart surgery after first feeling ill on stage at the Louder Than Life festival in Louisville, what was later diagnosed as an aortic aneurysm and dissection. “From what I’ve been told by my surgeon,” Faulkner said in a statement of the condition, “people with this don’t usually make it to the hospital alive.”

He has since posted a series of updates indicating his recovery is on track, and a couple of weeks ago livestreamed a solo jam session.