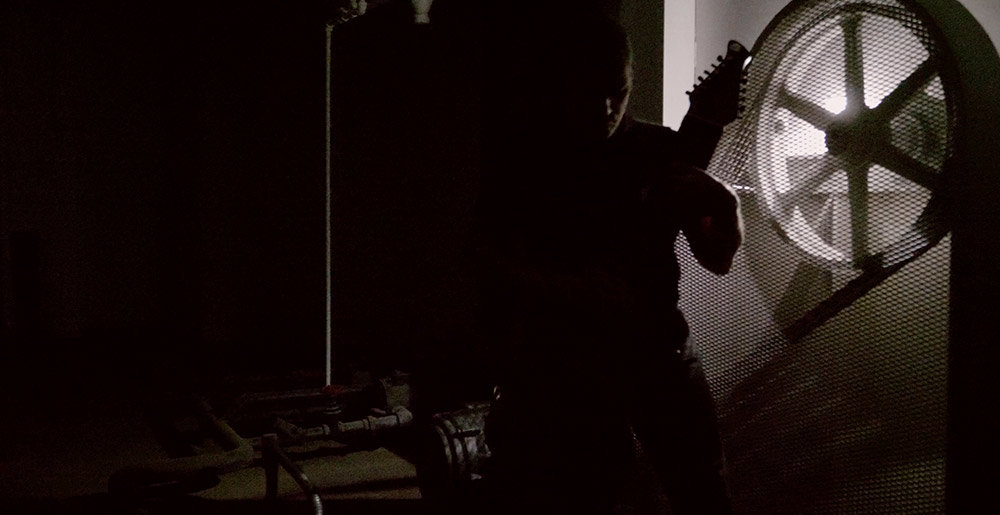 Last year MetalSucks premiered a jam by progressive/instrumental outfit Aziola Cry. The band’s Warr guitarist Jason Blake is now about to release a new solo album — also instrumental and progressive (all guitar and recorded entirely live without overdubs!) but more somber and mellow — and again MetalSucks is pleased to unveil its music to the world.

“Imaginary Cages Episode 1: Abstractions of Thought,” Blake’s first single, arrives with an equally simple video. And that’s by design: many folks aren’t aware of the magic of the Warr guitar, and Blake wanted to showcase that front and center.

“While I enjoy using the Warr Guitar as part of a band scenario, I have always thought that it makes for a great solo instrument. The ability to play interlocking lines or independent bass/guitar parts simultaneously allows for a lot of creative options.

“I wanted the music to be similar to Aziola Cry in that it was progressive in nature and used odd time signatures. The biggest difference was that I wanted no overdubs because I wanted this music to sound the same live as on the recording.

“When people see the name Warr Guitar or touchstyle guitar, they don’t always know what that actually means. I had this idea to film myself playing all of the songs to highlight the instrument and this style of playing. We filmed it at Transient Sound in Chicago and I added the album storyline through an animation narrative running throughout the video series.”

You can check out the video for “Imaginary Cages Episode 1: Abstractions of Thought” below. Imaginary Cages will be released on CD and digitally on February 25; pre-order at https://jasonblake.bandcamp.com.