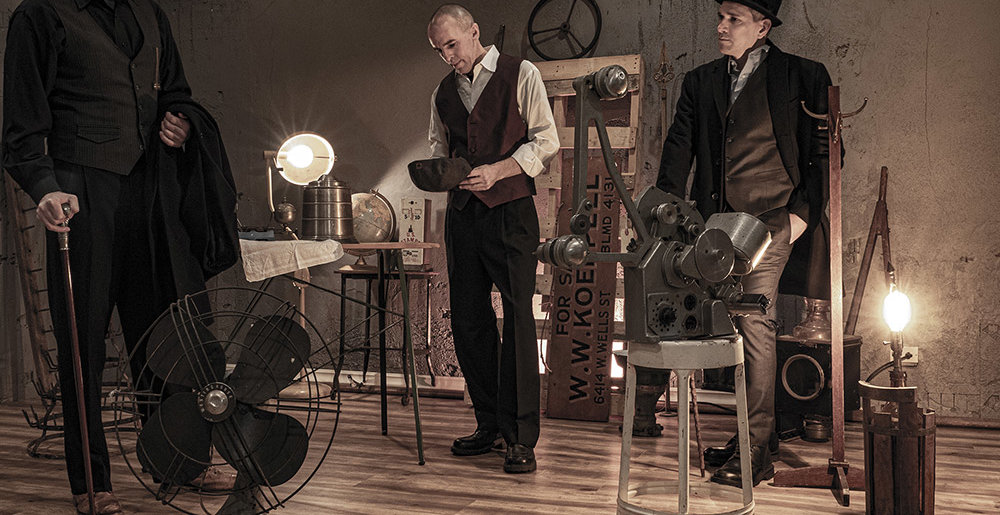 Chicago-based instrumental metal trio Aziola Cry are preparing to release their third album, The Ironic Divide, their first release in 14 years, through progressive metal label Sensory Records in March, and MetalSucks is pleased to premiere its latest single, “… Where Once Bore Wings.”

If skronky, progressive metal bands like Dysrhythmia float your boat, you’re going to need to hear this one. Powerful, bass-heavy riffs collide with jarring rhythms, weaving in and out of odd time signatures for an effect that’s as discomfiting as it is soothing: like a little kid spinning round and round in circles only to get dizzy, fall down, then get back up and do it again, you’ll be craving more of Aziola Cry’s head-spinning riffery the moment this 7+ minute song ends.

The band offers of the track,

“Where our first single, ‘Hollow Reflections,’ showed the moody, dark side of the band, ‘Where Once Bore Wings’ is the heavy alter ego. With the exception of the short Warr Guitar interlude, this song does not let up. It was written as the conclusion to the story and represents the dismal aftermath.”

Become indoctrinated to the magic of the Warr guitar.