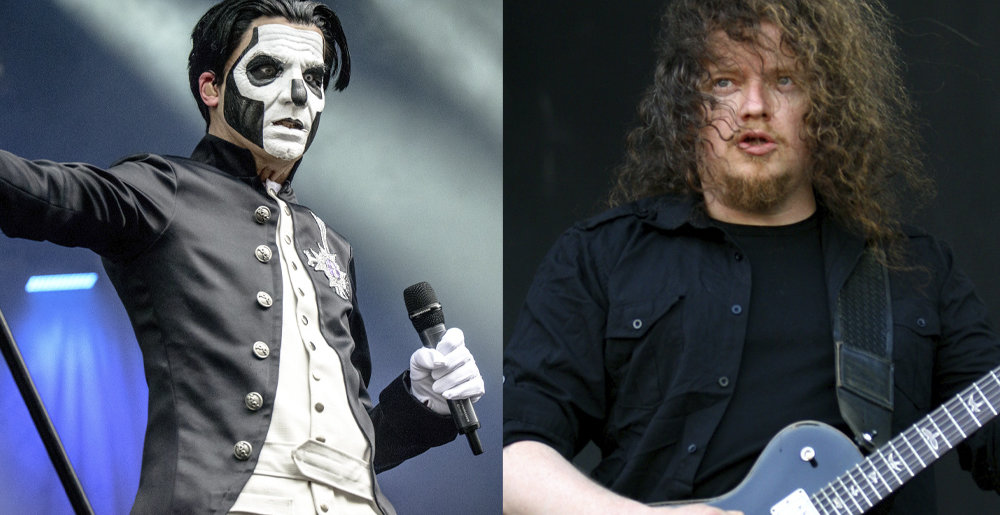 Your creative process is often to collaborate on songwriting then, in the studio, perform much of it yourself. What’s the benefit to working at both ends of that creative spectrum?

It enables me to have something similar to a perspective slightly objective that way because I’m a little bit of a jack of all trades when it comes to actual playing. I’m an able drummer, a bass player, an able guitar player, but I’m not a virtuoso.

This time around, I actually had another guitar player coming in, mounting the massive work of actually redoing everything. I’ve played guitar all my life, but, unlike most guitar players who are in successful bands, they play as they tour. I am doing a whole slew of other things, so, it almost feels like every time I saw start writing again, and demoing and doing pre-production, I quickly have to go up to par again.

On, tour for example, I mostly play drums, actually, in a rehearsal room in the back that we usually do as a warm up. Part of my daily exercises, I play drums for an hour, but I tend to forget to play guitar. When making this record, the demos dictates what to play — you can always figure that out and there’s always ways to redo, undo and piece things together.

But when it came to actually performing, I had a friend of mine, Fredrik Åkesson, the guitar player from Opeth. He’s the sort of person who plays five hours every day. He’s so amazingly talented. He can play circles around anything that I put on tape and he can do it with flair.

Åkesson joined Opeth in 2007, and has played on all of their albums since Watershed. Lest you still doubt his bona fides, he’s also been a live member of Arch Enemy and Tiamat. There’s no reason to believe his work on Impera will be anything less than stellar.

Impera comes out on March 11 via Loma Vista Recordings; pre-order here. You can check out the first single, “Call Me Little Sunshine,” here.

Europe and U.K. tour dates with Uncle Acid & the Deadbeats and Twin Temple: