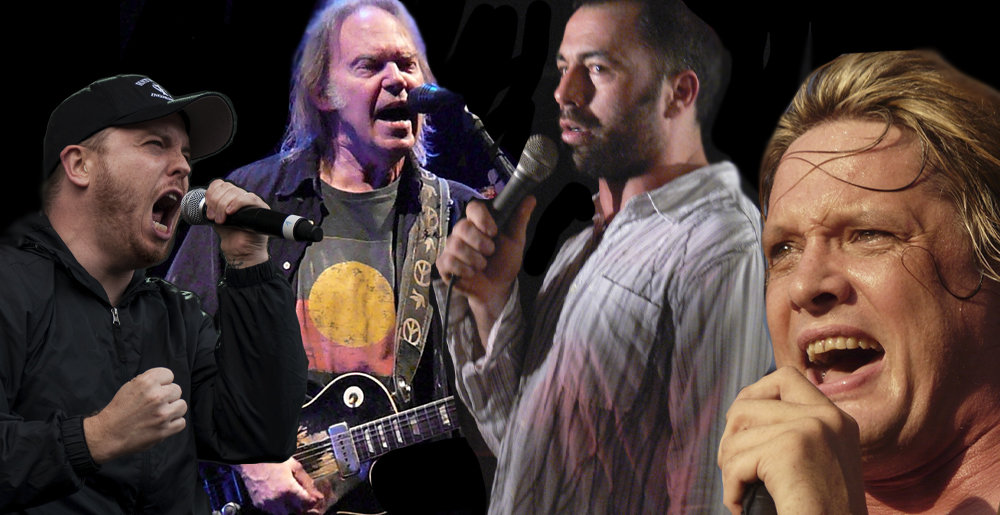 For those of you fortunate enough not to have heard about this yet: Neil Young has called for his music to be removed from Spotify until the streaming service dumps Rogan’s wildly popular podcast, The Joe Rogan Experience (which is now a Spotify exclusive). Rogan, you may be aware, has been staunchly anti-vaxx, and says he himself fought off COVID with the help of, like, Bisquick and a dog laxative (or something equally wise). I don’t know why people take the seventh lead from News Radio seriously, but they do for some reason. Which would actually be disconcerting even if he wasn’t disseminating misinformation.

Jasta, a man who is not afraid to fight for what he believes in no matter the stakes, subsequently weighed in via social media…

“Spotify doesn’t care Neil. Rogan is not your problem. Start your own streaming service where you pay bands more than what Spotify pays, then they’ll care.”

…to which Bach replied…

“Misinformation about the vaccines is everybody’s problem. Neil Young is doing this because he wants rock and roll to exist and his fans to live. This other guy is a complete jackass who doesn’t give a shit about anybody or anything except himself.”

…to which Jasta replied…

“c’mon on my podcast to discuss, twitter aint the place”

…to which Bach has not yet replied.

I don’t follow Jasta closely enough these days to know if he’s pro-Rogan or just against the idea of a protest he thinks will ultimately be useless. I assume it’s the former because otherwise he’s just staged a useless protest (anyone think Neil Young knows who Hatebreed are?) against a useless protest. But I’m just guessing.

Once upon a time, these two were actually collaborating on new music together, although that never came to fruition for whatever reason. I wouldn’t count on that ever coming back around at this point.

Metal Sucks Greatest Hits
1350 -
Oceano Prove That Deathcore Has Depths
0 -
Watch This Kid Perform Europe’s “The Final Countdown” Entirely with Hand-Farts
0 -
Meet Ironbunny, the New Babymetal
0 -
Iudicia is Your New Favorite Band
0 -
Anthrax’s Frank Bello is Really Excited to Be Here, Not at All Concerned About Swallowing Bugs
2510 -
Rose Funeral: The Uno Incident?