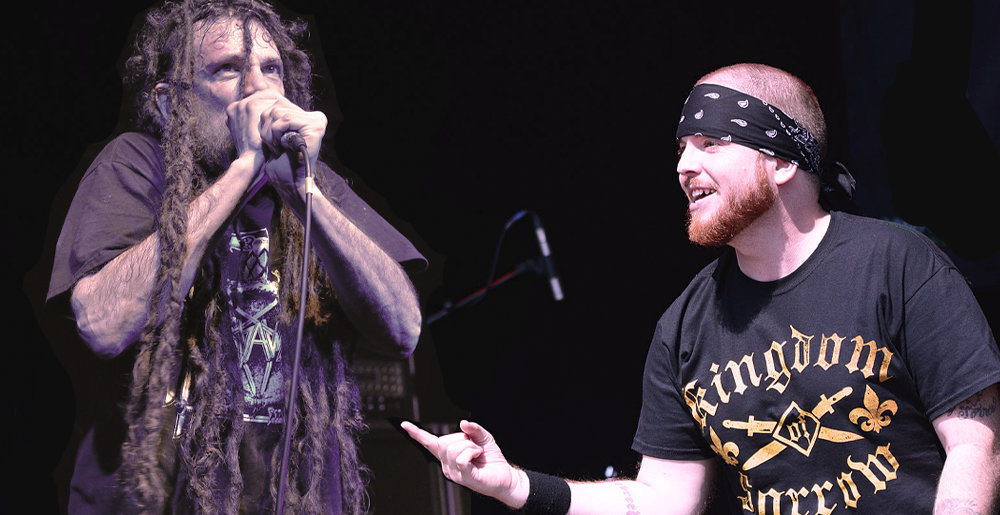 Chris Barnes (Six Feet Under, ex-Cannibal Corpse) is really displeased with the state of modern death metal… but he won’t say why.

Also, he dislikes Jamey Jasta from Hatebreed for some reason.

What happened is this: Knotfest did a ‘Death Metal Round Table’ with four of the most prominent frontmen in modern death metal — George “Corpsegrinder” Fisher (Cannibal Corpse), Trevor Strnad (The Black Dahlia Murder), Chase Mason (Gatecreeper), and Alex Jones (Undeath) — and then Barnes tweeted this out:

“I just watched a ‘death metal’ podcast on YouTube that was done about a week ago with the ‘top’ death metal vocalists… it made me physically ill. I despise what this genre has become.”

Which maybe isn’t about the ‘Death Metal Round Table,’ except c’mon of course it is.

But what is it about this video that makes Barnes so bitter? Is it because he wasn’t invited to participate? Or that he’s forever overshadowed by the dude who took his old job? Does the extremely peripheral involvement of Slipknot bug him? Did he think he was tuning in to see the other Alex Jones? Perhaps he just really, truly, deeply hates mustaches?

Alas, we may never know. After Barnes made his declaration, Jasta invited him to “come on the podcast [The Jasta Show] and discuss,” to which Barnes replied…

“No thanks brother. I have no need to jump on the bandwagon you guys got that.”

“Ain’t here to play that game. You have fun tho bro.”

Then Jasta fired back for really reals:

“you’re the one playing games, you ‘hate what the genre has become’ do you ever promote or discuss new bands or try & help build anything at all in the genre?”

To which Jasta retorted…

“Oh right that’s beneath you lol.”

Again, I’m not following Barnes’ logic here. Does doing any promotion make you a shill? Is he technically shilling for Slayer in that photo up top? I earnestly wish Barnes would elaborate at least a little bit.

Oh well. At least he’s not a shill.