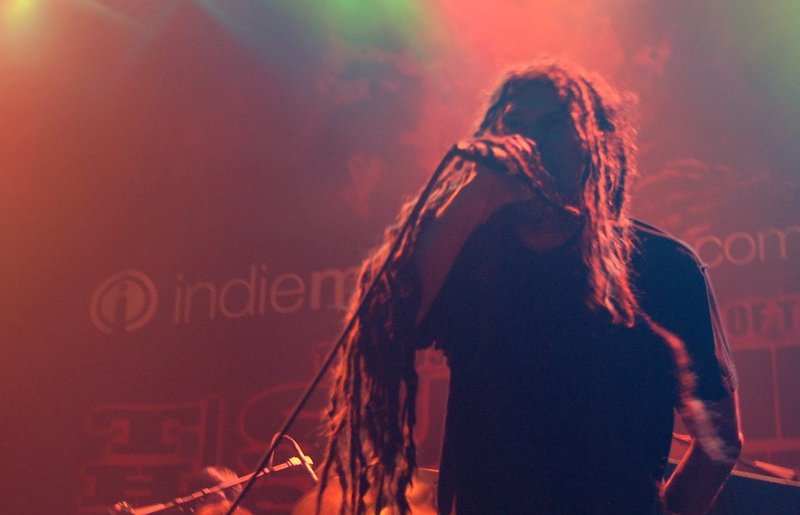 Chris Barnes Has Blocked Hundreds of People on Twitter

Six Feet Under frontman Chris Barnes has found himself in the crosshairs of public ridicule once again, as his recent cranky old man rant about modern death metal has made him an easy target on social media. But rather than bother firing back or simply ignoring his detractors, Barnes has taken things one step further by blocking anyone who speaks ill of him. This behavior has been going on for years — Barnes blocked me a long time ago! — but the recent fracas has inspired a ton more blocks, as well as causing a ton of folks to realize Barnes had already blocked them for reasons they can’t even recall.

From Famous Metal Musician to Some Joe Schmoe With An Opinion, Barnes doesn’t care: come at the original Cannibal Corpse vocalist and you’re guaranteed to get the blockhammer! Some are even touting it as a badge of accomplishment, posting screen shots of Barnes’ profile with the infamous “@sixfeetofficial blocked you” text.

Lamb of God’s Mark Morton was one of the first to get the block-brag party started with a screen shot and a simple “LOL.”

A bunch of Mark’s followers then let curiosity get the best of them and checked Barnes’ profile to discover that they, too, had been blocked!

There are more. I could keep going. And those are just the folks who responded to Morton’s tweet!

Here’s a few from elsewhere around the Twitterhole, including some folks dunking on Barnes for his block-happy behavior:

If you haven’t been blocked by Chris Barnes yet, what are you waiting for? Don’t delay. Hit up @sixfeetofficial on Twitter today!

Metal Sucks Greatest Hits
0 -
The Black Dahlia Murder’s Trevor Strnad Rants Against Music Pirates
0 -
Deicide’s Glen Benton Sells Out, Tells Fans to Stop Moshing So Violently
0 -
L.A. Band Threatin Faked a Fanbase To Land a European Tour No One Attended
0 -
I Am The Working Class: The MetalSucks Interview with Fenriz
0 -
Twenty Hard Rock and Heavy Metal Celebs’ Mugshots
0 -
Chad Kroeger and Avril Lavigne Finally Wrote a Song So Awful that the Internet Has Collectively Rejected It