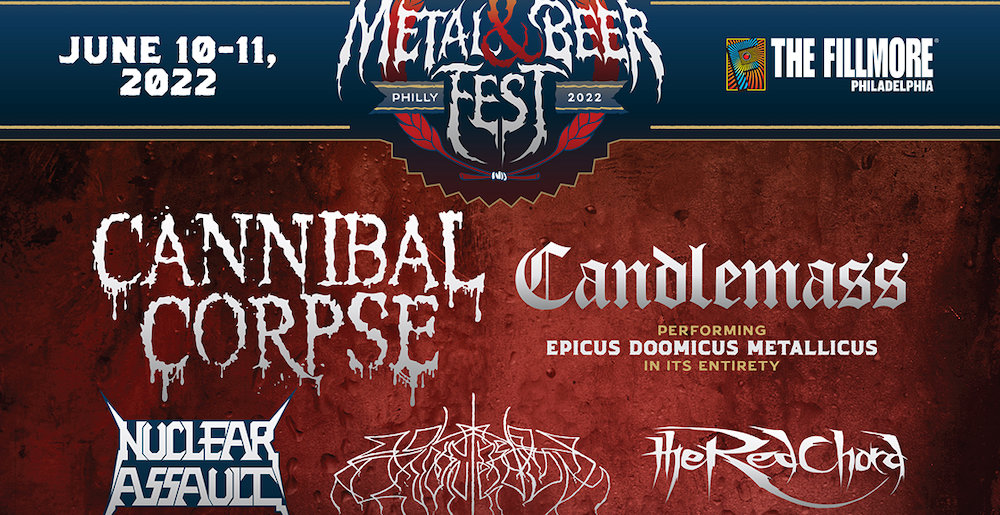 As far as we can tell, the last time that metalcore game-changers The Red Chord performed live was at the New England Metal and Hardcore Fest in April of 2015. But now, fans of the band can rejoice, as they’ll apparently be playing a set at Decibel Magazine’s next Metal & Beer Festival this June.

Metal Blade Records just tweeted, “PHILLY! It’s about to pop OFF this June. @dbmagazine‘s Metal & Beer Fest rages with the mighty @CorpseOfficial co-headlining with @candlemass, followed by a full set by @TheRedChord (YUP, you read that right) + more!”

Well, fuck, THAT rules! Congrats to Decibel for getting that band back together.

Not only that, but a number of bands appear to be playing their classic albums in their entirety, including:

Fuck, as far as line-ups go, this is as perfect as they come. We’re down for this.

Decibel‘s 2022 Metal & Beer Fest will go down June 10th and 11th at The Fillmore in Philadelphia. Tickets go on sale this Friday at 10am EST, with the following purchase options:

Candlemass just announced that they will be touring the U.S. in 2023 featuring special guests as yet to be announced.