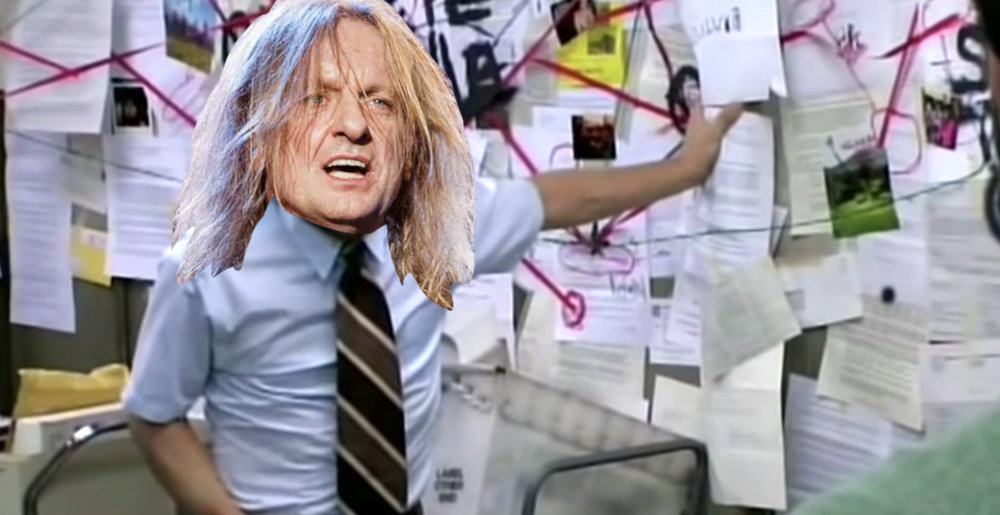 K. K. Downing Gives Lengthy Statement On “What The World Doesn’t Know” About His Departure from Judas Priest

Hey, did you know that guitarist K. K. Downing is very mad at Judas Priest? True story! In fact, K. K. really hasn’t missed an opportunity to tell the world how pissed off he is at his former band. Now, in a new interview, Downing has given a long, detailed statement about why he’s upset — including a few details that “the world doesn’t know.”

Speaking to the Goldmine podcast, Downing gave a lengthy statement on exactly what his beef is with his former bandmates. You can read the whole thing below (transcribed by Blabbermouth):

“So, what was it that I was gonna not do that everybody else was gonna do? There was only one thing that I was not gonna do. It was do the farewell tour, which was the retirement tour, and I said, ‘I’m not gonna do it.’ I didn’t know they were gonna carry on for another 10 years; I thought they were gonna do the retirement tour, which I didn’t do.

“[What I told the band and the management was], ‘I will do this tour, this farewell tour, but things have gotta change. People can’t get pissed on stage. People have got to give a hundred and one percent if we’re gonna do this. I’m not gonna do an EP, like you’re telling me to do, because I’m not gonna end my career on an EP.’ All of these things that I was saying — ‘I need to have a voice’ and ‘Everybody needs to listen to K.K. If we’re gonna end this, it needs to be done in the way I think it should be done.’ But no, they weren’t having it. So I went, ‘Right. I’m not doing it.’”

“What the world doesn’t know as well, in April 2011, I changed my mind, because people were telling me, ‘K.K., you were there in the beginning. You started it. You should finish it.’ And so I was speaking to Ian [Hill, bass]; I called Ian up. And I was talking to him about it. And I told him, ‘I should do the tour, really.’ And I asked him, ‘Can you send me the setlist over?’ Because that was always a bone of contention. He sent the setlist over. And the very next day, they released a press release that I retired. Because after he sent the setlist over, I called him back and said, ‘Ian, it’s really good. It’s exactly what I was suggesting back in December.’ This should be a chronological, it should be a taster of the successful songs from each album. It should take people on this lovely journey, chronological journey through the setlist. And that’s what the setlist was. So instead of me getting a phone call the next day, thinking, ‘Okay, Ken, we hear that you’re thinking about doing the tour.’ I didn’t get that. They released the press release.

“So that’s when I got really angry and sent in my second letter — that same day. And I gave the guys my real reasons for not doing that final tour. The first letter I sent in was a retirement letter, saying, ‘I’m not doing the tour. I’m out now.’ But I didn’t give them the real reasons. But in the second letter, I did.”

Downing goes on to say that he should have been asked back when guitarist Glen Tipton stepped back in 2018 to deal with his Parkinson’s disease.

“If I had retired, why shouldn’t I be allowed to step back out of retirement? Bands always come out of retirement. Guys always leave bands and rejoin. Bands self-combust — Guns N’ Roses or whatever — and come back together. It’s par for the course. But when I sat there expecting to step back in the role when there was a place for me — ’cause they obviously wanted to go forward with Richie [Faulkner], who they’d found and become friends with — so when there was an opportunity when Glenn retired and I didn’t get the call…

“I should have elaborated more in my [2018 autobiography ‘Heavy Duty: Days And Nights In Judas Priest’], I should have gone more into detail, but that’s not why I wrote the book. I wrote the book for a lot of different reasons and didn’t think it was… But it’s important — these details are really important.

“I feel as though I was ousted out of the band,” K.K. added. “And after 40 years… I mean, if you take the guys individually, Rob [Halford, vocals] left the band for 14 years and I was instrumental in getting him back. Glenn left for six years to do two solo records. He was allowed to do that. No problem. If that’s what you wanna do artistically, I can’t stop you. And Ian, bless him, we went to kindergarten together, me and Ian. But he was never a writer in the band. He comes along with his bass guitar, and he’s done a great job. But without the songs, there is no band. I provided the songs all of those years, which was a livelihood for Ian, and now he’s saying he’s voting me not to come back in the band. Can you see the irony and why I’m angry about it all? The three guys, and I was the loyal guy. I was the guy who never wanted to play with other people, because my focus only was Judas Priest. “

Metal Sucks Greatest Hits
0 -
For $16,000, Ted Nugent Will Stay the F*ck Away From Your Town
0 -
Who are teh “BIG FOUR SCENE BANDS”????
1230 -
Loutallica’s LuLu: The MetalSucks Reviews
0 -
David Lee Roth on Van Halen Brothers: “We Have Always Hated Each Other”
0 -
Metal Musicians Reacts to Maroon 5’s Lame Super Bowl LIII Halftime Show
0 -
Ministry’s Al Jourgensen: “I Got Paid to Humiliate Fred Durst”