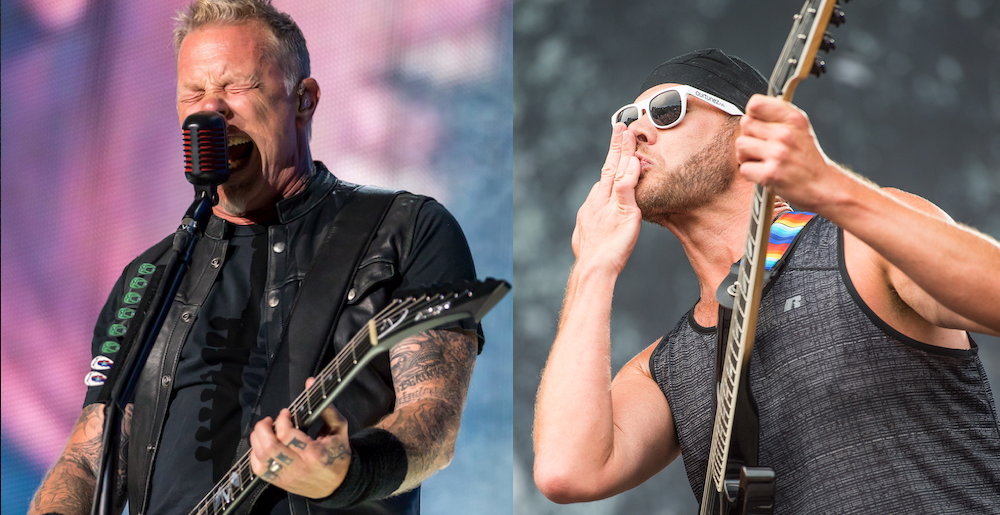 One might listen to Killswitch Engage‘s music and name some obvious metal and hardcore influences — Hatebreed, At The Gates, stuff like that. But as a definitively American metal band, it also makes sense that Killswitch were heavily influenced by Metallica, because who weren’t? Now, in a new interview, Killswitch guitarist Adam Dutkiewicz, best known as Adam D., says that Metallica‘s James Hetfield was not only an influence on him, but also that he was the influence.

Speaking to host Radioactive Mike at KCAL 96.7 in Redlands, CA, Adam went all-in on his appreciation for the Metallica frontman, saying:

“James Hetfield has pretty much shaped the guitar player that I am. I grew up on Metallica, pretty much. Those riffs taught me how to play guitar.”

“It was a friend of mine at school. I’m a late bloomer, man. Right when …And Justice For All‘ came out, that’s when I was, like, ‘What the hell is this? This is so sick.’ And then I kind of worked my way backwards. I feel like the entire catalog, from the Black Album back, is just, like, a classic, man.”

“I remember when that record came out, I was a little upset at the lack of thrash. I’m not gonna lie. But there’s still some killer songs on that record; there’s some thrashier moments.”

So there you have it: when you heard Adam D. going hard on those melodeath licks, you’re actually getting a faceful of Papa Het.

Catch Killswitch at one of their remaining dates with August Burns Red and Light The Torch below: