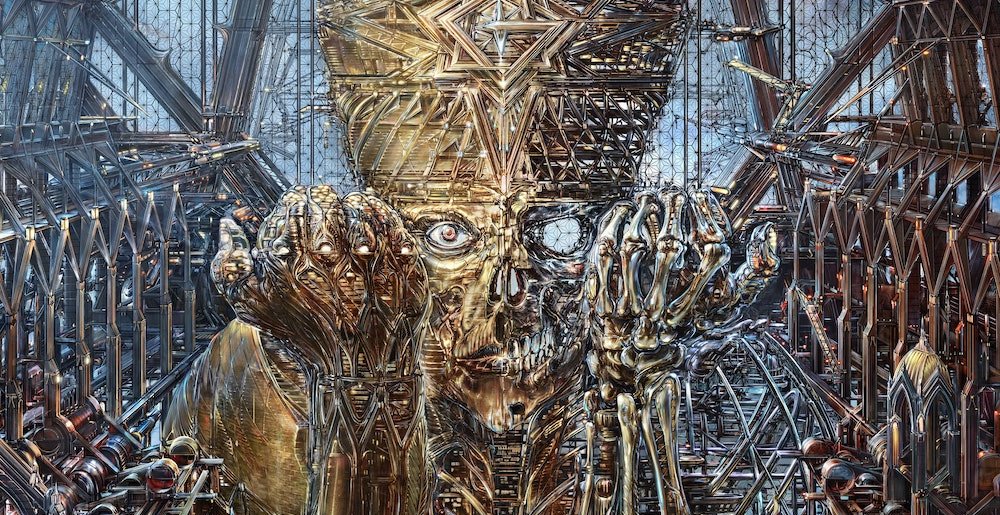 When I think of Ghost, I usually think of, I dunno…thin tea? The band so often feel like really classic occult rock acts like Mercyful Fate or Coven but with the edges ground down. That said, the band have just dropped a new song from their upcoming album Impera, and wow, it’s super chuggy!

The first thing you’ll think when listening to “Twenties” is, Oh, this is what happens when you open for Metallica a bunch. Which is obviously the case with Ghost. Still, their smoother side has done them well enough that we didn’t immediately assume they’d go so hard on a track like this (especially given that “Hunter’s Moon” and “Call Me Little Sunshine” weren’t so kinetic). It just goes to show you that the band still have something up their long, billowy sleeve. It also includes a lyric that uses the term “hoohaas,” which we have to admit is hilarious.

Check out “Twenties” below. Ghost’s Impera comes out March 11th and is available for preorder. Catch the band at one of their many tour dates below:

MetalSucks' Top Tracks of the Week 0
Check Out The New and Improved MetalSucks Playlist (Now on Apple Music, Too!)
January 28th, 2023 at 11:00am Hesher Keenan

Metal Sucks Greatest Hits
1210 -
MetalSucks Exclusive: Behemoth Frontman Nergal’s First Interview Since Being Diagnosed with Leukemia
250 -
Worst Year Ever: All of Our 2011 Year-End Sh*t in One Place
0 -
Let’s Gossip About How Much Money Famous Metal Vocalists Make
0 -
The Single Greatest Analysis of Nickelback’s Work Ever Written
0 -
Video: Rings of Saturn Guitarist Lucas Mann’s Criminal Abuse of Guitar Pro
0 -
The Top 25 Modern Metal Frontmen: The Entire List in One Place