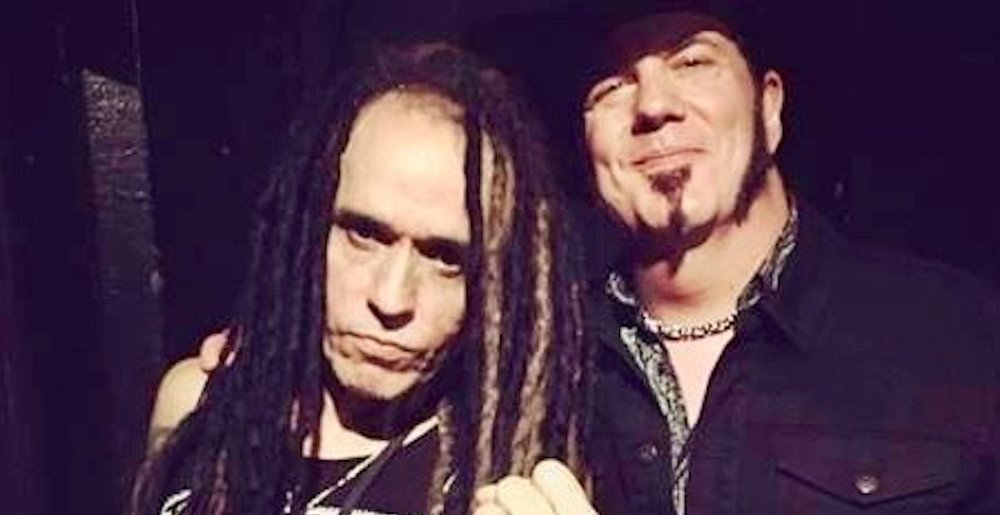 Last week, we reported that I Am Morbid, the Morbid Angel cover band featuring former Morbid Angel frontman David Vincent and drummer Tim Yeung, had announced a tour honoring the 30th anniversary of the band’s sophomore studio album Blessed Are The Sick. Now, it’s been announced that the tour will include an extra-special member — legendary Morbid Angel drummer Pete Sandoval, who drummed on every Morbid Angel release from 1989’s Altars of Madness to 2003’s Heretic.

According to a press release issued today, Sandoval will join I Am Morbid for their upcoming European trek. What exactly happened with Tim Yeung isn’t clear, so if he comes out saying that he and Sandoval were ordered to cage-match to the death or something, we’ll let you know (mmmm, that’s good content). But otherwise, Sandoval’s in.

Which is pretty awesome! Sandoval’s obviously a legend. If you’re here for I Am Morbid and the David Vincent era of the band, then this is probably a dream come true for you. Personally, I’m a Gateways to Annihilation stan, but as always, what the fuck do I know? It’s just good that someone’s getting their Morbid Angel fantasy line-up here.

Witness Pete Sandoval in all his glory at one of the following dates:

Here are 13 bands whose best work isn’t the one that made them famous.

Belphegor and Hate will fill out the bill.