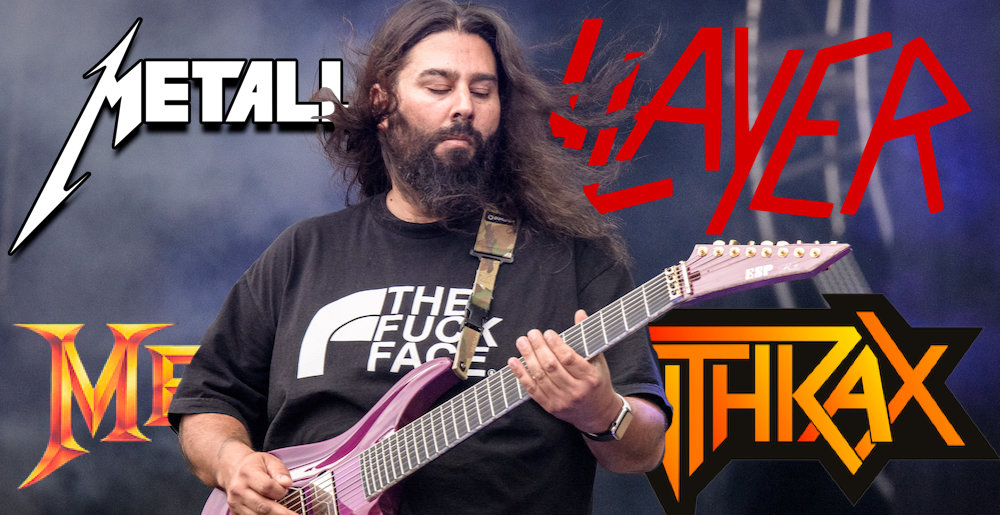 Most of the time, when we write about Deftones guitarist Stephen Carpenter, it’s about how he believes the earth is flat, or that vaccines are full of sea monkeys, or that 9/11 literally never happened, or one of his other whacky worldviews (we’d watch that show, for the record — Stephen Carpenter’s Whacky Worldviews). That said, in a new mini-documentary about his musical journey and influences, Stephen opened up about bands he likes — including who his favorite band is from thrash’s Big Four.

Cool! Not a lot of people pick Anthrax, and we wouldn’t have pegged Stephen as the kind of guy who would, simply because we don’t hear Deftones and think, Oh, these guys obviously blast “Indians” on repeat. Kudos!

You can watch the whole thing below. Catch Deftones hopefully covering “In My World” at one of the following dates: