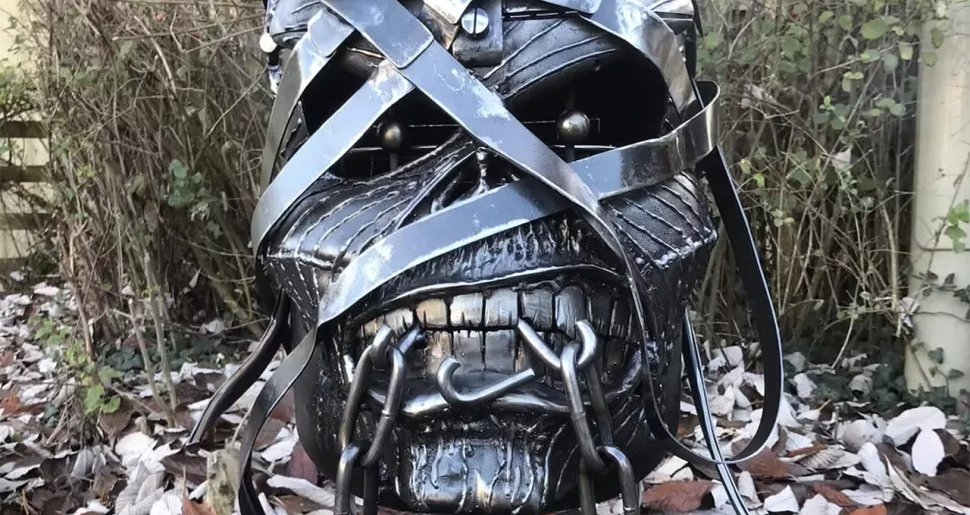 Barbecue of the Beast: Iron Maiden’s Eddie is Now a Grill and Fire Pit

Undoubtedly one of the best parts about being in one of the best and biggest metal bands in the world is that someone can slap your band’s imagery on just about fucking anything and metalheads will eat it right up. That’s not a bad thing, it’s just who we are as a collective people. So what’s up this time on The Metalheads Will Buy Anything from a Band Show? It’s this absolutely kickass Iron Maiden PowerSlave Eddie fire pit/grill. I mean holy shit, just look at this thing.

These incredible grills are handmade by Etsy user BurnedbyDesignLTD in the United Kingdom and if you want one, it’s going to set you back a whopping £1,120.00 (about $1500) and about 12 months of waiting. But although that might seem a lot, I implore you again to look at that thing and tell me it isn’t worth every penny. It isn’t even the only Iron Maiden fire pit BurnedbyDesignLTD sells, and if that weren’t enough already, they have Motörhead, Darth Vader, Freddy Krueger AND Predator.

“Eddies crown is hinged to open up to reveal a BBQ grill and coal grill, with rear opening hatch for fire tending. His coughs and heavy duty chain link base form the stand. Finished in ultra-high temperature clear coat this rock legend is sure to warm the souls of any Maiden fan.”

The Iron Maiden merch world truly is insane, and offers significantly better products than oh, I don’t know, Slayer, who tried to fucking sell branded bikes back in 2016. This is a much cooler product that will be significantly easier to use as a conversation piece than a Slayer bike, because instead of telling everyone about how you have too many DUIs to drive legally, you can now talk about barbecue, which Iron Maiden song is the best, and why it’s “Hallowed Be Thy Name.”

Anyway, I’m off to go take out a loan to buy one of these grills and then not pay it back because money isn’t real and I have nothing but contempt for Capitalism. Check out the fire pit below:

Metal Sucks Greatest Hits
0 -
Photos of Metal Musicians When They Were Kids
0 -
Twenty Hard Rock and Heavy Metal Celebs’ Mugshots
0 -
Which Bands are “The Big Four of Death Metal”???
0 -
Danny Worsnop is a Good Writer
0 -
Video Footage of Emmure’s Frankie Palmeri Getting Electrocuted On Stage in Russia
7590 -
If I Read One More Thing About Arcade Fire I Am Going To Puke