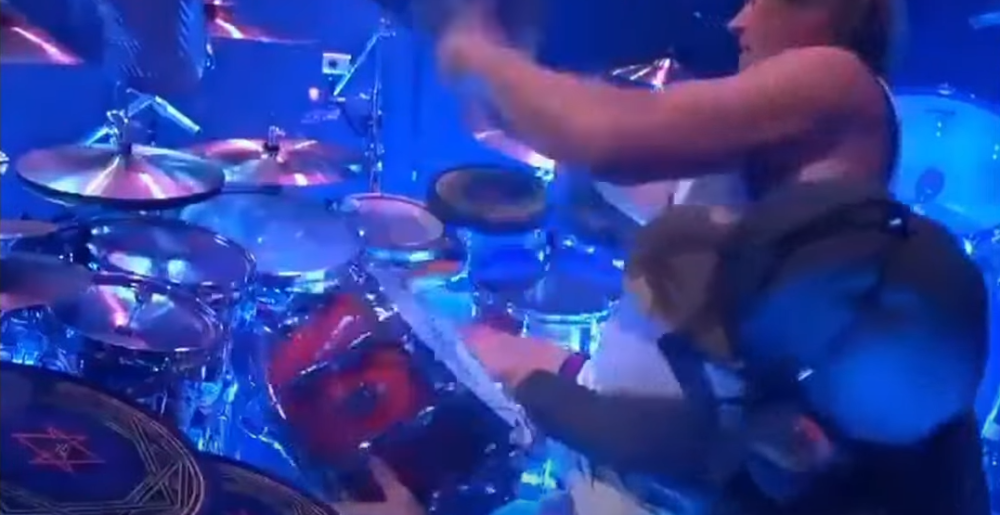 According the Google, the smoothest thing in the world is a “quantum stabilized atom mirror,” which was created by a team of physicists from the University of Madrid and the Madrid Institute of Advanced Studies in Nanoscience. Or at least, it WAS, until Tool’s drum tech Joe Slaby changed drummer Danny Carey’s snare drum mid-song.

In the video below, you can see Carey in the middle of performing “Grudge” off the band’s 2001 album Lateralus when he looks behind him and Slaby shows up to replace the snare. Now I’m not going to pretend like I know enough about drums to say why the snare needed to be replaced mid-song (maybe Carey saw Lars Ulrich’s face in the snare head?), but it doesn’t really matter.

What matters is that during this entire process, Carey didn’t miss a single step while the snare was being changed, and instead used a tom in its place. I feel like if that were me, I would’ve ended up smacking my drum tech in the head. My muscle memory from playing a song that’s been out for 21 years would prevent me from not hitting the snare, even while actively watching it be changed. But I suppose that’s why I’m not a professional musician and Carey is.

Maybe Slaby also plays Jenga with Maynard backstage during Carey’s drum solos. He’s skilled enough to remove and install a new snare during a song, so I’ll bet $5 those skills translate to removing blocks of wood from a tower.

Check out the video below. Tool currently have a handful of dates left on their U.S. Fear Innoculum tour before setting off to Europe in April: