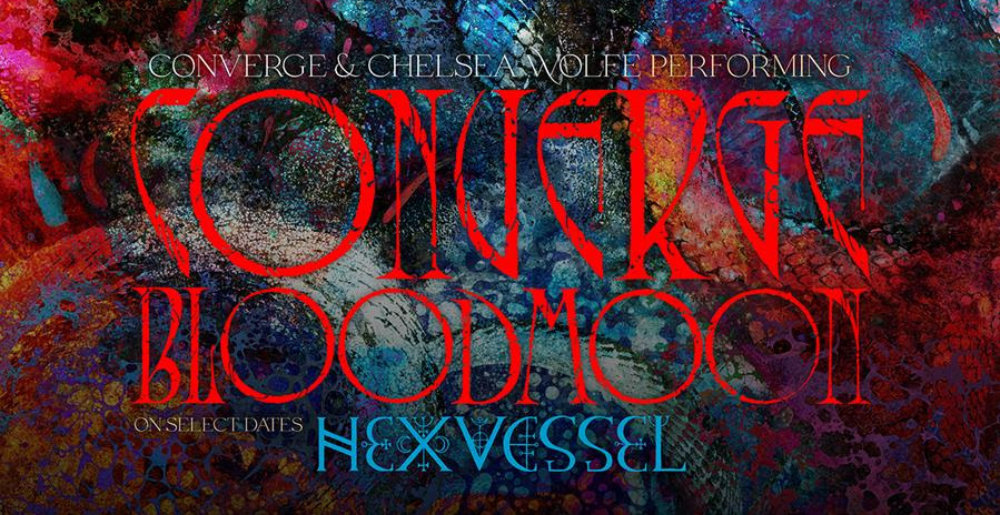 Who is ready for some more Converge tour dates? Well, unless you live in Europe, it doesn’t matter, because they aren’t coming to you! But if you do happen to live in Europe (or on the East coast), then lucky you, because you get to see Converge and with Chelsea Wolfe tour with their Bloodmoon lineup.

For the unaware, Bloodmoon: I was a collaboration album that Converge did in collaboration with Wolfe, Ben Chisolm (also from Chelsea Wolfe), and Cave In vocalist/guitarist Stephen Brodsky. The album was released in November of 2021, so it’s still relatively fresh off the presses.

The Bloodmoon collaboration dates back to 2016, where the crew of seven began performing suped-up Converge material under the same name: Blood Moon. The feedback was positive enough that they decided to make music together.

So, you going, or did geography give you the middle finger this time? Because that’s sure what it fucking did to me. I know this might be hard to believe, but a lot of music skips over St. Louis. Not that I can blame them. But regardless, I’m especially jealous if you get to go to Hellfest, which I have wanted to go to for fucking YEARS. Does it have anything to do with wanting to use the second grade fluency in French I attained in college? Maybe. Is it the only practical use I can ever use it other than going to Canada? Absolutely.

EU/UK tour tickets will go on sale this Monday, March 14th at 11am CET/ 10am UK time. You can check the dates below: