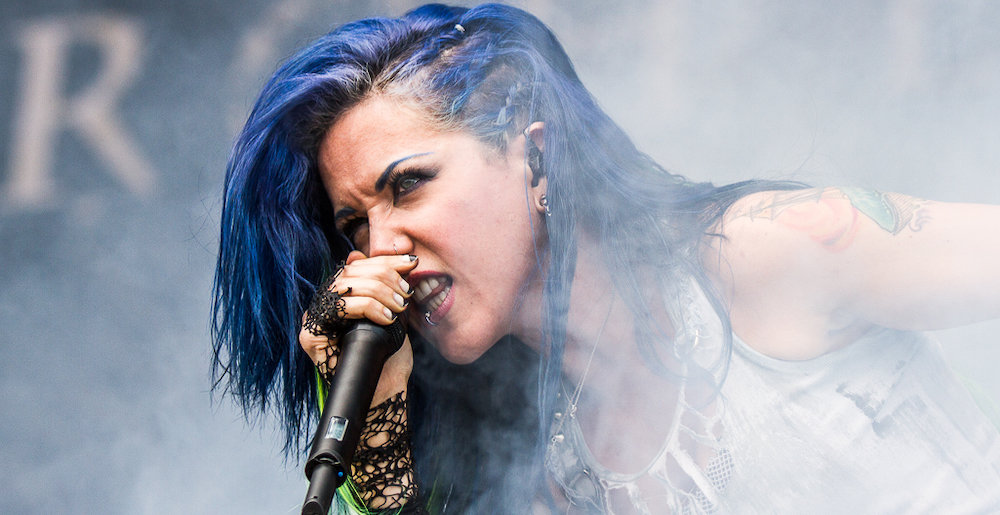 Alissa White-Gluz by Stphotography, via Wikipedia.

With all that has happened in the world since 2016, we wouldn’t blame you if you forgot that way back then, Alissa White-Gluz signed a deal with Napalm Records for a solo project. We also couldn’t blame you if you didn’t know she was working on one for the same reason, but it doesn’t matter anymore, because the album is complete, and according to her it’s great!

On an episode of the Vox&Hops podcast (hosted by Cryptopsy frontman Matt McGachy), the Arch Enemy vocalist revealed that the record is done now that she’s finally had time to work on it.

“So, basically, when the news came out about this solo album, the only thing that happened at that point was that I just agreed to do one. And then I was on tour for, like, three hundred days of the year up until 2020. And so now it’s done, because now I’ve actually been home long enough to write the songs and get them done. And it’s awesome and I love it.”

White-Gluz was somewhat tight-lipped about the details of the solo record, but did let a few things out. Further along in the episode, she stated that although it will have a few similarities to Arch Enemy, the sound of the music is going to be distinct and different enough be be identified as its own entity. She also said that the album will feature work by Oliver Palotai of Kamelot, guitarist Jeff Loomis, and at least one member of Arch Enemy, who might end up just being the afore-mentioned Loomis. She also mentioned that the record would include clean singing, growling and “some operatic stuff” as well.

No word on when the record is going to drop, but if it helps, you can tide yourself over with Arch Enemy’s upcoming album Deceivers, which drops July 29 via Century Media and can be pre-saved.

You can check the full episode of the podcast below:

Metal Sucks Greatest Hits
0 -
Why are metal fans hopelessly stuck in the past??? :(
0 -
Rigged: Luke Hoskin of Protest The Hero
300 -
Free Download for Your Listening Pleasure: NYC Sucks, Volume 2, Featuring The Best of New York City’s Metal Scene
0 -
The Single Greatest Analysis of Nickelback’s Work Ever Written
0 -
David Lee Roth on Van Halen Brothers: “We Have Always Hated Each Other”
0 -
Editorial: Slayer Should Become Professional Songwriters