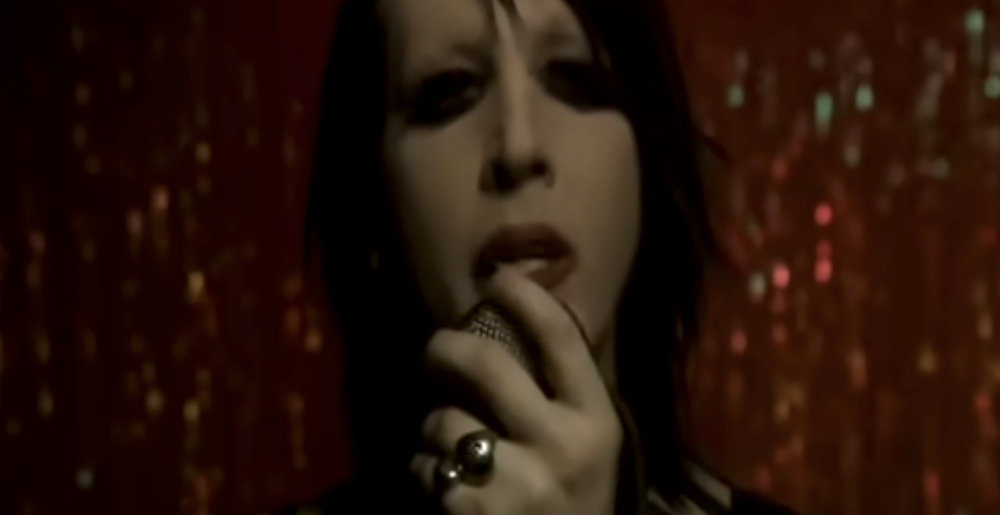 As you’ve no doubt heard, shock rocker Marilyn Manson is in hot water for various allegations of abuse against him, which surfaced after his ex-girlfriend Evan Rachel Wood named him as her abuser. One of Wood’s claims was that Manson had sex with her against her will on the set of his “Heart-Shaped Glasses” music video, in which she was only supposed to simulate sex. Now, a petition has been launched to remove the video from YouTube, and the video-hosting giant has responded.

As reported by Loudwire, a Change.org petition is asking that “Heart-Shaped Glasses” be removed from YouTube. You can read the full complaint below, but the long and short of it is that Manson has been accused of performing acts which violate YouTube’s guidelines, and the video is basically a documentation of a sexual assault. As of press time, the petition has over 7,600 signatures.

In response, a YouTube spokes person said the site is “monitoring the situation closely and will take appropriate action if we determine there is a breach of our creator responsibility guidelines.”

Read the full complaint below:

“Heart-Shaped Glasses” is a video on YouTube that has over 32 million views: Link here, for reporting purposes.According to Evan Rachel Wood,  Marilyn Manson raped Evan by penetration during filming which was not planned and while she was under the influence, and this is shown in the video. In her HBO two-part documentary, she states that she did not consent, she was given drugs, absinthe, and he penetrated her. While she might not be able to charge him as the statute of limitations passed, this video should not be on the internet. She speaks about this specific instance of rape, as well as goes into detail about the fact he would continue to rape what he thought was her unconscious body. The revised UCR definition of rape is: Penetration, no matter how slight, of the vagina or anus with any body part or object, or oral penetration by a sex organ of another person, without the consent of the victim. Attempts or assaults to commit rape are also included; however, statutory rape and incest are excluded.

Survivors and allies need to come together to remove things like this. This should not still be allowed on YouTube, or circulating anywhere for that matter. Evan has re-victimized herself over and over again to create change and a statute of limitations in the state of California, and doesn’t deserve a constant reminder of her sexual assault on the internet.

1. Pornography or depicting sexual acts, genitals, or fetishes for the purpose of sexual gratification on any surface (such as video, text, audio, images)

2. Nudity or partial nudity for the purpose of sexual gratification

4. Violent, graphic, or humiliating fetish content where the purpose is sexual gratification

You can help by:

2. Reporting the video, if you have the option

5. If you have an eligible channel, contact the Creator Support Team