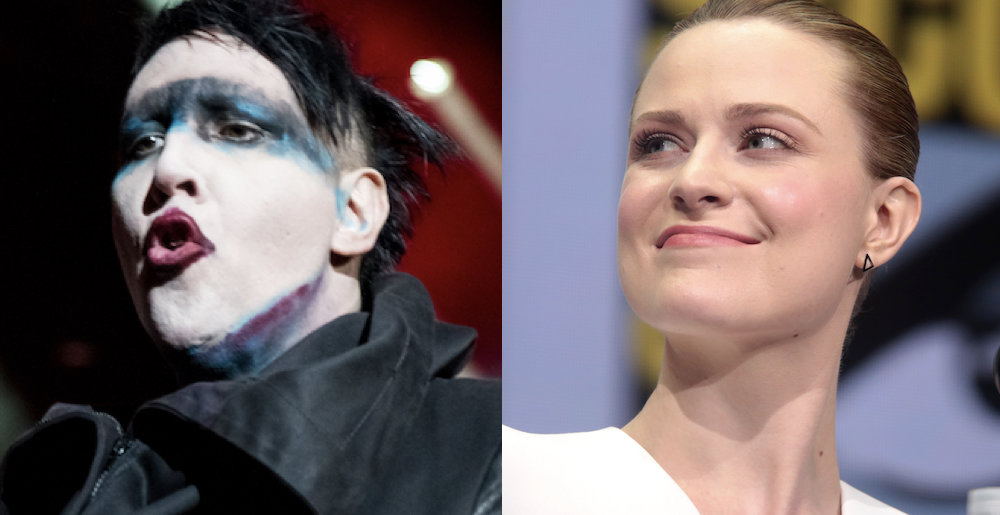 Evan Rachel Wood On Marilyn Manson’s Defamation Lawsuit: “I Am Not Scared…This What Every Survivor Goes Through”

Earlier this month, shock rocker Marilyn Manson filed a defamation suit against his ex-girlfriend Evan Rachel Wood, claiming her allegations of abuse against him were in fact a conspiracy to bring down his career. Now, during an appearance on talk show The View, Wood has made it clear that Manson’s lawsuit not only doesn’t intimidate her, but is also a predictable byproduct of the allegation process for any survivor of abuse in a culture that blames the victim.

As you’ll see in video below, Wood discusses her new documentary Phoenix Rising on The View, discussing how she views our culture allows for the kind of abuse she suffered (as transcribed by Loudwire):

“Society around this issue is so geared around shame and victim blaming and that is by design. Even the way we speak about these things… we’re still asking victims the question why they didn’t leave. And the fact that we’re still asking that question tells me how much work there is to do. Nobody ever asks why the abuser didn’t leave. If he was so upset, if he hated you so much… ‘Why are you hitting her? Why don’t you just leave?’ We’re programmed to say these things and ask these questions, but we need to start asking different questions.”

Later, she was pressed on Manson’s defamation lawsuit, and made it clear she wasn’t shaken by it:

“I can’t speak about any of the specific allegations of the lawsuit, but I am not scared. I am sad because this is how it works. This is what pretty much every survivor that tries to expose someone in a position of power goes through. This is part of the retaliation that keeps survivors quiet. This is why people don’t want to come forward. This was expected.

“I’m very confident I have the truth on my side and that the truth will come out and this this [lawsuit] is clearly timed before the documentary — there’s a reason. Again, I’m not doing this [film] to clear my name, I’m doing this to protect people. I’m doing this to sound the alarm that there is a dangerous person out there and I don’t want anybody getting near him. People can think whatever they want about me, I have to let the legal process run its course. I’m steady as a rock.”

Check out the interview below. Phoenix Rising debuts tonight on HBO.