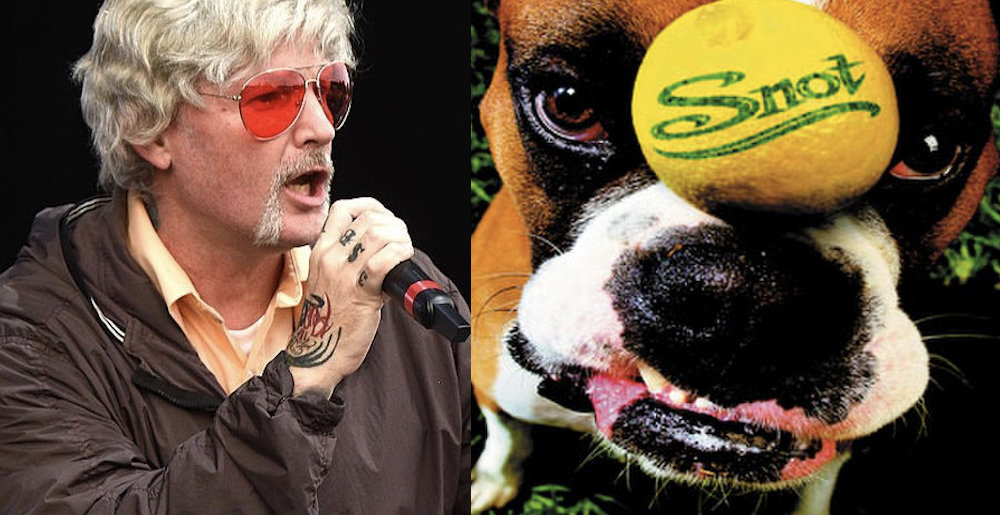 Snot’s Mikey Doling Blasts Fred Durst for Bringing Rapper $not On Tour: “How Dare You, Man…We Were Friends”

For those of you who don’t know, Snot were a formative nu-metal band who basically helped establish the genre in the ’90s. Their 1997 album Get Some is considered one of the scene’s formative classics and a pillar of ’90s metal. Their frontman Lynn Strait was much beloved in the community, and was in jail while the band signed their record contract; he was unfortunately killed in a 1998 car crash alongside his dog Dobbs, who appeared on Get Some‘s cover. But Snot are not $not, the young rapper Limp Bizkit are bringing out on tour later this year — and now the band’s guitarist Mikey Doling has blasted Fred Durst for bringing the new kid out.

In a video that is no longer available but was caught and transcribed by Blabbermouth, Doling said the following:

“Mikey Doling here from the real Snot. I’m making this video because there is a young rapper kid out there calling himself $not. I heard about him about a year and a half ago. [I] didn’t think nothing of it because he was in the hip-hop world, rapper — different worlds altogether. Well, now he has stepped into our lane, and I need to address it.

“Limp Bizkit just posted [dates for] a new tour, and they are taking this rapper kid named $not on tour with them,” he continued. “And I wanted to say to [Limp Bizkit frontman] Fred Durst, if you see this video, how dare you, man? You were friends with Snot. Snot loved you, man. You came onstage with us and performed. Lynn [Strait, deceased Snot  frontman] went on stage with you in Boston. And you know the incident I’m talking about. We were friends. We shared drinks, stage, music [and] all that, and all these years later you take an artist named $not on tour with you? What the fuck is that, man? Bullshit.

“So, yeah. I had to address it. That’s my two cents. And to that fake $not kid — [extends middle finger] right there, brother. There’s only one fucking Snot. Get some.”

While we agree that seeing $not on the bill was misleading, we’ll float one idea: what if Limp Bizkit didn’t know? What if one of their reps was like, “Also, $not wants in,” and they were like, “Oh shit, we love Snot,” unaware that it was some unoriginal rapper.

Anyway, catch Limp Bizkit with the lesser of two Snots at one of the following dates: