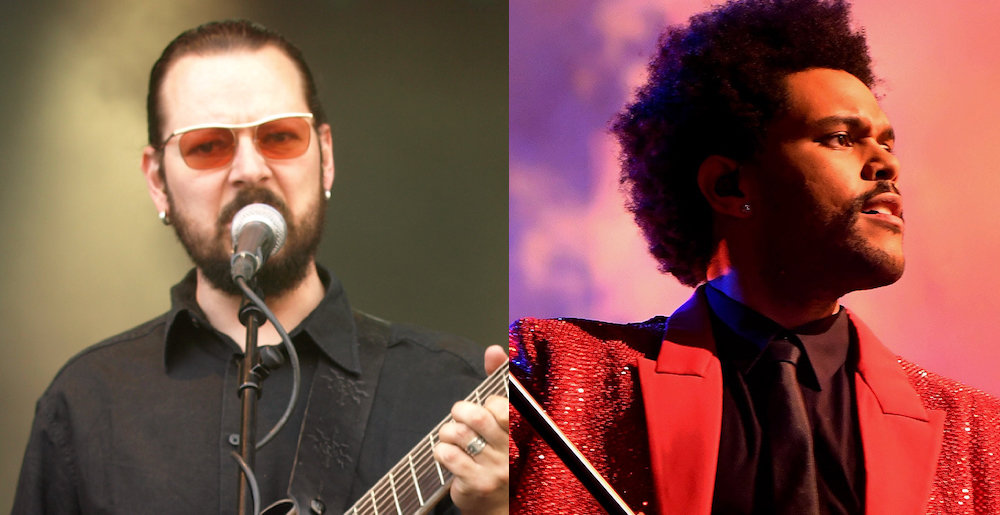 Ihsahn by Cecil, The Weeknd by CORRECTORMAS, via Wikipedia.

If you’ve followed black metallers Emperor in your lifetime, you already know that frontman Ihsahn doesn’t care for contemporary metal. Back in the day, the dude would tell anyone around that all he liked to listen to was classical music, and that he found modern metal boring. Now, while promoting his upcoming Ibaraki album with Trivium‘s Matt Heafy, the baroque-ass metal frontman has gone one step further, saying R&B singer The Weeknd is more hardcore than today’s extreme metal bands.

“It’s so heavy. Maybe it’s just me being old and grumpy, but there’s so much new metal coming out where there’s no danger. I listen to a lot of commercial R&B like The Weeknd. That’s darker and more edgy and more experimental than most new extreme metal bands, to be honest.”

Whoa — that dude is edgy. A metal musician who listens to non-metal? Kuh-razy.

Ihsahn later doubled down, singing the praises of My Chemical Romance’s Gerard Way, who appears on the record:

“It’s really cool of him to want to join that. I wasn’t aware that he’s into that style of music so I think it’s really cool. I think it’s something he and Matt had been talking about. I think he did a really great job. He comes from a different world – screaming is not his natural way of singing.”

So there you have it: renowned metal artist who doesn’t really care for metal prefers R&B and likes that a famous emo singer appeared on his record. Good times.

Ibaraki’s Rashomon will be released May 6th via Nuclear Blast. The album is available for preorder. Check out the record’s first single “Akumu” below, followed by album details:

We’ve been hearing about this project for close to a decade — now music has arrived at last!

Metal Sucks Greatest Hits
880 -
The Looks That Kill: God Forbid’s Doc Coyle on the Role of Image in Music
3220 -
What is UR Favorite Classic Nu-Metal Band??
60 -
BETTY WHITE TOUCHED SLASH’S PYTHON (DON’T WORRY, IT WAS JUST THE TIP)
350 -
MetalSucks Exclusive: Jeff Loomis’ First Interview Since Leaving Nevermore
0 -
Thirty of the Worst Heavy Metal Album Covers of All Time
1,2110 -
The 101 Rules of Death Metal