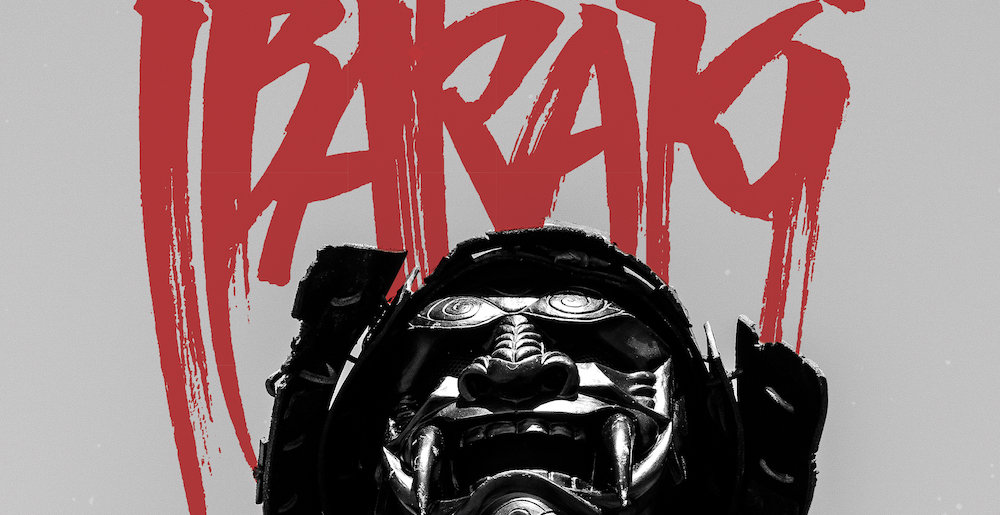 For a decade or so, fans have heard rumblings about the black metal project of Trivium frontman Matt Kiichi Heafy and Emperor mainman Ihsahn. Then, in August of last year, it was announced that the project was complete and had changed its name to Ibaraki, and last month we got our first single from the band. Now, Ibaraki have revealed the details surrounding their new album, and have dropped a new single featuring Behemoth frontman Nergal.

Ibaraki’s new album will be titled Rashomon, and will be released May 6th via Nuclear Blast. The album is available for preorder; you can find the tracklisting and cover art below.

The record’s first single, “Akumu,” very much shows off the styles of its makers. On the one hand, the song has Matt Heafy’s emotional weight and strain at its core; on the other, it’s all about that sweeping, Ihsahn-style, keyboard-heavy black metal. It’ll entertain fans of both, though lovers of black metal’s poles — either the flowery gothic romance or the stark, murky uber-darkness — might not love it. The video, meanwhile, involves several shots of people in traffic, which to us is the grimmest experience anyone can survive.

Regarding the track, Papa Heaf says the following:

“‘Akumu’ translates to ‘nightmare’ — and with this piece, I encourage the listener to work to find their interpretations of what they feel from the lyrics, music, and the haunting visuals of the music video. I have always been fascinated by Sagazan’s ‘Transfiguration,’ and for years, I have wanted to pay homage to his works with a performance art piece; to finally be able to immerse myself in his style was an intense experience.

“Having Nergal guest in this Ihsahn co-written piece allowed me to combine many of my long-time influences; and when I presented with Nergal of the challenge of translating my lyrics into Polish, it brought the song to another level.”

Check out “Akumu” below, followed by the tracklisting and cover art of Rashomon: